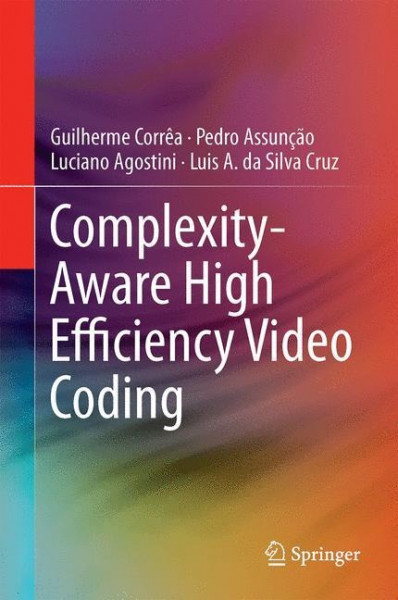 This book discusses computational complexity of High Efficiency Video Coding (HEVC) encoders with coverage extending from the analysis of HEVC compression efficiency and computational complexity to the reduction and scaling of its encoding complexity. After an introduction to the topic and a review of the state-of-the-art research in the field, the authors provide a detailed analysis of the HEVC encoding tools compression efficiency and computational complexity.  Readers will benefit from a set of algorithms for scaling the computational complexity of HEVC encoders, all of which take advantage from the flexibility of the frame partitioning structures allowed by the standard.  The authors also provide a set of early termination methods based on data mining and machine learning techniques, which are able to reduce the computational complexity required to find the best frame partitioning structures. The applicability of the proposed methods is finally exemplified with an encoding time control system that employs the best complexity reduction and scaling methods presented throughout the book. The methods presented in this book are especially useful in power-constrained, portable multimedia devices to reduce energy consumption and to extend battery life. They can also be applied to portable and non-portable multimedia devices operating in real time with limited computational resources. von Correa, Guilherme und Assuncao, Pedro und Agostini, Luciano und Cruz, Luis A. da Silva