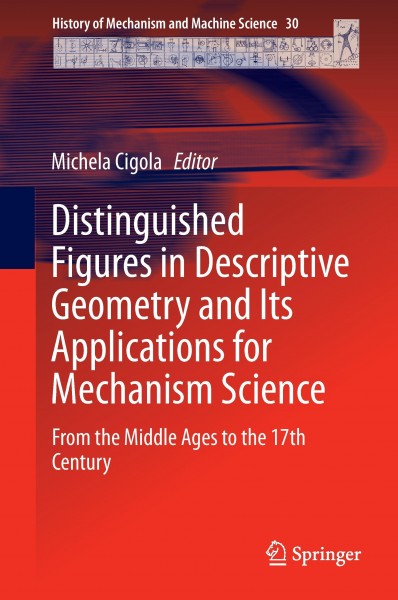 Distinguished Figures in Descriptive Geometry and Its Applications for Mechanism Science

This book consists of chapters that focus specifically on single figures that worked on Descriptive Geometry and also in Mechanisms Sciences and contain biographical notes, a survey of their work and their achievements, together with a modern interpretation of their legacy.Since Vitruvius in ancient times, and with Brunelleschi in the Renaissance, the two disciplines began to share a common direction which, over the centuries, took shape through less well-known figures until the more recent times in which Gaspard Monge worked.Over the years, a gap has been created between Descriptive Geometry and Mechanism Science, which now appear to belong to different worlds. In reality, however, there is a very close relationship between the two disciplines, with a link based on extremely solid foundations. Without the theoretical foundations of Geometry it would not be possible to draw and design mechanical parts such as gears, while in Kinematics it would be less easy to design and predict the reciprocal movements of parts in a complex mechanical assembly. von Cigola, Michela