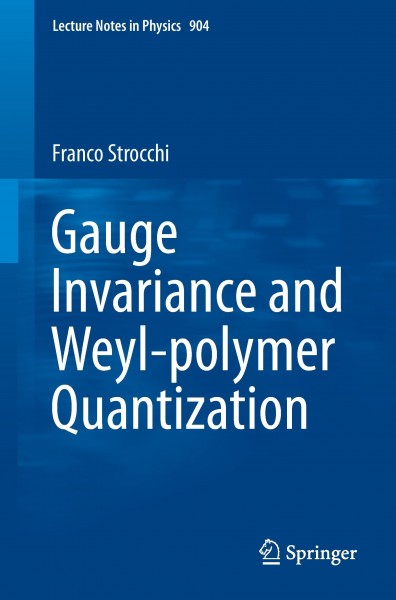 The book gives an introduction to Weyl non-regular quantization suitable for the description of physically interesting quantum systems, where the traditional Dirac-Heisenberg quantization is not applicable. The latter implicitly assumes that the canonical variables describe observables, entailing necessarily the regularity of their exponentials (Weyl operators). However, in physically interesting cases -- typically in the presence of a gauge symmetry -- non-observable canonical variables are introduced for the description of the states, namely of the relevant representations of the observable algebra.In general, a gauge invariant ground state defines a non-regular representation of the gauge dependent Weyl operators, providing a mathematically consistent treatment of familiar quantum systems -- such as the electron in a periodic potential (Bloch electron), the Quantum Hall electron, or the quantum particle on a circle -- where the gauge transformations are, respectively, the lattice translations, the magnetic translations and the rotations of 2p. Relevant examples are also provided by quantum gauge field theory models, in particular by the temporal gauge of Quantum Electrodynamics, avoiding the conflict between the Gauss law constraint and the Dirac-Heisenberg canonical quantization. The same applies to Quantum Chromodynamics, where the non-regular quantization of the temporal gauge provides a simple solution of the U(1) problem and a simple link between the vacuum structure and the topology of the gauge group.Last but not least, Weyl non-regular quantization is briefly discussed from the perspective of the so-called polymer representations proposed for Loop Quantum Gravity in connection with diffeomorphism invariant vacuum states. von Strocchi, Franco