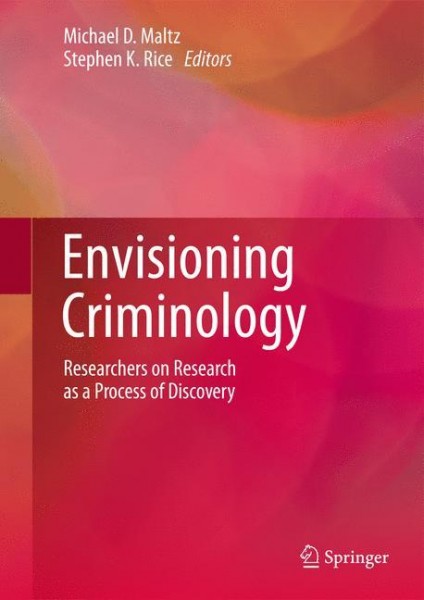 Envisioning Criminology
Researchers on Research as a Process of Discovery

Michael D. Maltz is Professor Emeritus of Criminal Justice and of Information and Decision Sciences at the University of Illinois at Chicago. He is also Senior Research Scientist at the Ohio State University's Criminal Justice Research Center and Adjunct Professor of Sociology at OSU. He is the author of Recidivism (1984), which won awards in both criminology and operations research, and coauthor of Mapping Crime in Its Community Setting (1990), and was Editor of the Journal of Quantitative Criminology from 1996-2000. From 1995-2000 he was a Visiting Fellow at the Bureau of Justice Statistics (BJS), working on the development of graphical and geographical methods of analyzing data. For the past few years he has focused his attention on two areas: assessing and improving the quality of crime data, and improving the methods used to analyze criminal justice data. He is currently analyzing missing data in the FBI's Uniform Crime Reports and developing imputation methods to improve their accuracy. Maltz received his undergraduate degree from Rensselaer Polytechnic Institute and his Ph.D. in from Stanford University, both in electrical engineering.Stephen K. Rice is Associate Professor of Criminal Justice at Seattle University. He studies cooperation and defiance in individuals' interactions with the justice system (procedural justice, restorative justice; perceptions of racial profiling; police legitimacy; radicalization; final statements of the condemned); sentinel events; social media and criminal justice; data visualization; evidence-based law enforcement. He is co-editor of Race, Ethnicity and Policing (NYU Press, 2010) and Envisioning Criminology (Springer, 2015) and author of articles on topics to include guardian policing (Harvard Executive Session on Policing and Public Safety), radicalization, the variability of anger cross-culturally, and profiling of African Americans, Latinos, and Muslim Americans. His publications have appeared in outlets to include Criminology, Justice Quarterly, Deviant Behavior, and the Journal of Quantitative Criminology. He received his master's degree from Florida State University and his Ph.D. from the University of Florida.