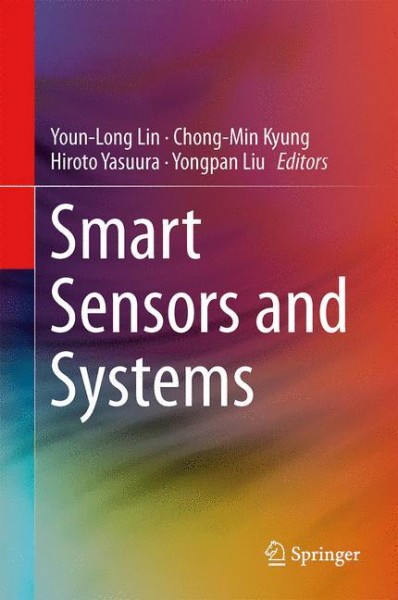 Youn-Long Lin is a Chair Professor in the Department of Compute Science, National Tsing Hua University, Taiwan. His research interests include High-Level Synthesis and Physical Design Automation of VLSI, SOC Design Methodology, Video Coding Architecture Design, and Software-Defined Networking. He co-authored the book - High-Level Synthesis: Introduction to Chip and System Design. He has served on editorial boards of ACM TODAES and TECS. He is a co-founder of Global Unichip Corp. Professor Lin obtained his PhD in Computer Science from the University of Illinois, Urbana-Champaign, IL, USA, in 1987. Chong-Min Kyung received B.S. in EE from Seoul National University in 1975, M.S. and  Ph.D. in EE from KAIST in 1977 and 1981, respectively. Since 1983 he has been working at the  KAIST on CAD, computer graphics, microprocessors, DSP cores, and SoC's. His current  research interest is system-level optimization of smart sensors, especially 3-D smart cameras.  In 2011 he founded and currently leads Center for Integrated Smart Sensors (CISS), a Global  Frontier Project supported by Korean Government. He received Best Paper/Design Awards in  numerous international conferences including ASP-DAC 1997 and 1998, DAC in 2000, ICSPAT  in 1999, ICCD in 1999, and ISQED in 2014. He is a member of National Academy of  Engineering Korea, and Korean Academy of Science and Technology, and IEEE fellow.Hiroto Yasuura is an Executive Vice President of Kyushu University and in charge of Finance (CFO), Academia-Industry relationship and Chief Information Officer (CIO) of Kyushu University.. Prof. Yasuura received the B.E., M.E. and Ph.D. degrees in computer science from Kyoto University, Kyoto, Japan, in 1976, 1978, and 1983 respectively. Prof. Yasuura developed several EDA systems for VLSI and hardware algorithms in Kyoto University. In Kyushu University, Prof. Yasuura have conducted research projects on the system LSI design methodology. He also developed an educational microprocessor, KUE-CHIP2, and promoted education of VLSI design in computer science area in Japan with VDEC in University of Tokyo. Prof. Yasuura served as Technical Program Chair and General Chair of ICCAD in 1997 and 1998, respectively. He served as a Vice President of IEEE CAS Society, an ACM SIGDA advisory board member, and General Chair of ASP-DAC 2003. He is also the Steering Committee Chair of ASP-DAC and a fellow of IEICE and IPSJ.Yongpan Liu is an associate professor in Dept. Of Electronic Engineering, Tsinghua University. His research is supported by NSFC, 863, 973 Program and Industry Companies such as Intel, Rohm, Huawei and so on. He has published over 50 peer-reviewed conference and journal papers and led over 6 SoC design projects for sensor applications and has received the ISLPED2012/2013 Design Contest Award and several Best Paper Candidates. He is an IEEE, ACM and IEICE member and has been invited to serve on several conference technical program committees (DAC, ASP-DAC, ISLPED, ICCD, A-SSCC, etc.).