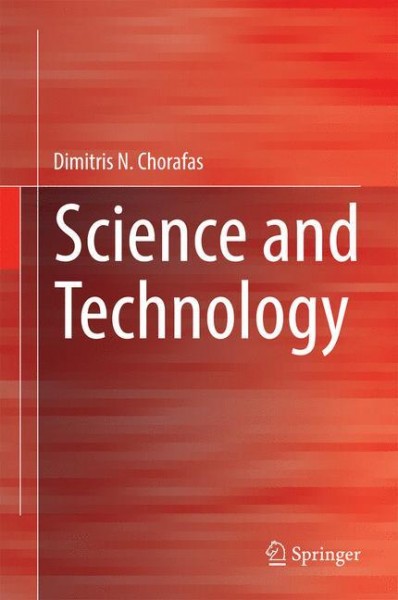 The aim of this book is to explore science and technology from the viewpoint of creating new knowledge, as opposed to the reinterpretation of existing knowledge in ever greater but uncertain detail. Scientists and technologists make progress by distinguishing between what they regard as meaningful and what they consider as secondary or unimportant. The meaningful is dynamic; typically, the less important is static. Science and technology have made a major contribution to the culture and to the standard of living of our society. From antiquity to the present day, the most distinguished scientists and technologists have been thinkers, experimenters and persons willing and able to challenge "the obvious". Technology develops products and processes based on the breakthroughs of science. If technologists fail to steadily upgrade their skills, tools and methods, they will only be as good as their last design, risking obsolescence. Using practical examples and case studies, this book documents the correlations existing between science and technology, and elucidates these correlations with practical applications ranging from real-life situations, from R&D to energy production. As it is a salient problem, and a most challenging one to our society, power production has been chosen as a major case study. The holistic approach to science and technology followed by this text enhances the ability to deliver practical results. This book is intended for students and researchers of science, technology and mathematical analysis, while also providing a valuable reference book for professionals. Its subject is one of the most debated problems of mankind. von Chorafas, Dimitris N.

A Fulbright Scholar, Dr. Chorafas received his doctorate in mathematics and logic at the Sorbonne in Paris. He is a graduate electrical and mechanical engineer of the National Technical University of Athens, has a Master of Science degree from the University of California, Los Angeles, and has done postgraduate studies in banking and finance, computers and communications, and operations research at UCLA, the University of Denver and George Washington University. Dr. Chorafas has been in the faculty of the Catholic University of America, Washington D.C. (1956-1958). From 1962 to 1968 he chaired the Information Systems department, Centre d'Etudes Industrielles of the University of Geneva. He has lectured as Visiting Professor at Ecole Polytechnique Fédéral de Lausanne (EPFL), Washington State University, Georgia Institute of Technology, George Washington University, University of Florida, University of Vermont, University of Alberta (Canada), Technical University of Karlsruhe (Germany), Polish Academy of Sciences, and the Russian Academy of Sciences. He is the author of 153 books published in 16 countries by McGraw-Hill, Prentice Hall, John Wiley, Irwin, Van Nostrand Reinhold, Academic Press, New York Institute of Finance, Institutional Investor, CRC-Auerbach, Macmillan/Palgrave, VRL, Lafferty, Euromoney, Butterworth-Heinemann, Elsevier and other publishers in the US, Britain, France, Germany, Italy, Russia, Brazil, Japan, China. Dr. Chorafas is listed in "Who's Who in the World", "Who's Who in Europe", "Dictionary of International Biography", "The Writer's Directory", "Livre d'Or des Valeurs Humains", and "Men of Achievement".