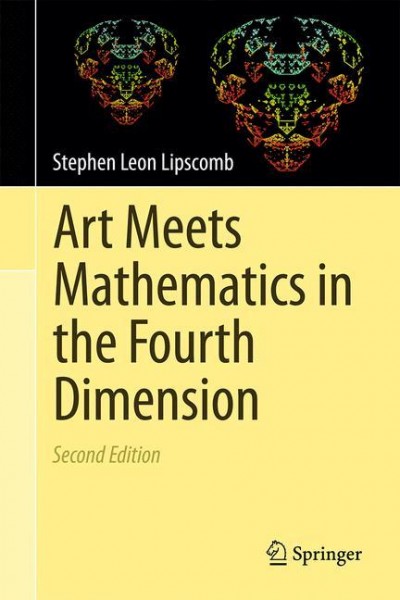 To see objects that live in the fourth dimension we humans would need to add a fourth dimension to our three-dimensional vision. An example of such an object that lives in the fourth dimension is a hyper-sphere or "3-sphere." The quest to imagine the elusive 3-sphere has deep historical roots: medieval poet Dante Alighieri used a 3-sphere to convey his allegorical vision of the Christian afterlife in his Divine Comedy. In 1917, Albert Einstein visualized the universe as a 3-sphere, describing this imagery as "the place where the reader's imagination boggles. Nobody can imagine this thing." Over time, however, understanding of the concept of a dimension evolved. By 2003, a researcher had successfully rendered into human vision the structure of a 4-web (think of an ever increasingly-dense spider's web). In this text, Stephen Lipscomb takes his innovative dimension theory research a step further, using the 4-web to reveal a new partial image of a 3-sphere. Illustrations support the reader's understanding of the mathematics behind this process. Lipscomb describes a computer program that can produce partial images of a 3-sphere and suggests methods of discerning other fourth-dimensional objects that may serve as the basis for future artwork. von Lipscomb, Stephen

A graduate of Fairmont State University BA; West Virginia University MA, and the University of Virginia Ph.D., where the late G. T. Whyburn (past president of the AMS) was his advisor. And prior to Chairing the Department of Mathematics, Physics, and Computer Science at the University of Mary Washington, Lipscomb was a U. S. Navy senior mathematician involved with the Trident Missile system and served as Team Chair of an Operational Evaluation of the Tomahawk Missile system.In the 1970s, the author solved a half-century old embedding problem in dimension theory. His solution, upon review by a Transactions of the American Mathematical Society (AMS) referee, was called "an outstanding contribution to dimension theory". In 2009 the author's feature article The Quest for Universal Spaces in Dimension Theory appeared in the December issue of the Notices of the AMS, and his book Fractals and Universal Spaces in Dimension Theory was published in the outstanding Springer Monographs in Mathematics Series. It turned out that the classical fractals known as Sierpinski's triangle and cheese where corollary to the author's solution. And at the beginning of the 21st Century, James Perry introduced another example (the 4-web) of the author's construction that lived in the Fourth Dimension. Perry's example is fundamental to this book.During the 1990s, the author introduced an extension of Cauchy's cycle notation in group theory to path notation in semi-group theory. He used his path notation to construct new semi-groups, e.g., the alternating semi-groups. By 1996, the author's work with his path notation was documented by the AMS in Volume 46 Symmetric Inverse Semigroups of its prestigious Mathematical Surveys and Monographs Series.Circa 2000 the author realized, because the triangle is the Holy Grail of strength design, that the 4-web would be ideal for practical applications. By 2005 he obtained a US patent and designed medical 4-web spine cages. Then Jessee Hunt created 4-Web, Inc., the cages eventually became FDA approved for human implantation, and the implants began in 2011.