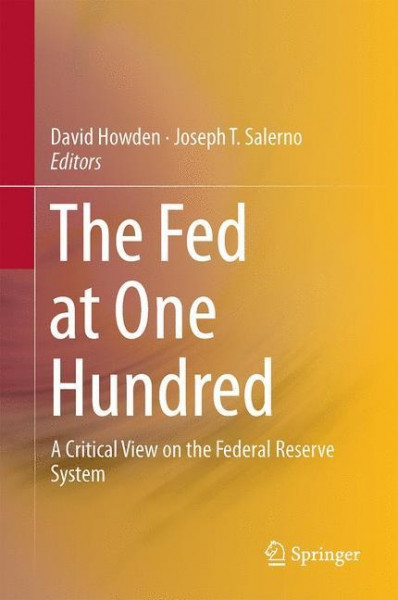 The Fed at One Hundred

One hundred years after its foundation, the Federal Reserve has been entrusted with an enormous expansion in its operating powers for the sake of reviving a sluggish economy during the financial crisis. The aim of the present volume is to present a thorough and fundamental analysis of the Fed in the recent past, as well as over the entire course of its history. In evaluating the origin, structure and performance of the Fed, the contributors to this volume critically apply the principles of Austrian monetary and business-cycle theory. It is argued that the Fed has done harm to the U.S. and increasingly, the global economy by committing two types of errors: theoretical errors stemming from an incorrect understanding of the optimal monetary system, and historical errors, found in episodes in which the Fed instigated an economic downturn or hindered a budding recovery. The book contains not only a critical analysis of the activities of the Fed over its history, but also a road map with directions for the future. von Howden, David und Salerno, Joseph T.