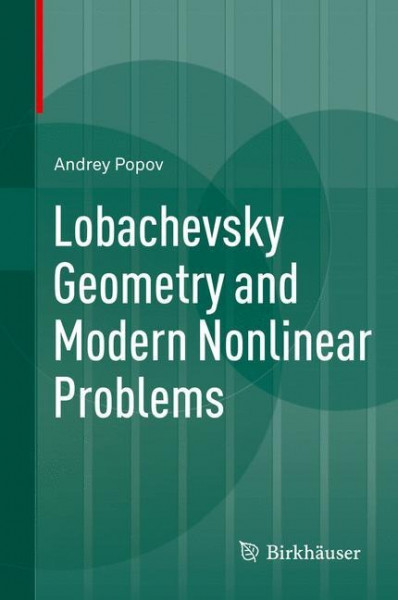 This monograph presents the basic concepts of hyperbolic Lobachevsky geometry and their possible applications to modern nonlinear applied problems in mathematics and physics, summarizing the findings of roughly the last hundred years. The central sections cover the classical building blocks of hyperbolic Lobachevsky geometry, pseudo spherical surfaces theory, net geometrical investigative techniques of nonlinear differential equations in partial derivatives, and their applications to the analysis of the physical models. As the sine-Gordon equation appears to have profound "geometrical roots" and numerous applications to modern nonlinear problems, it is treated as a universal "object" of investigation, connecting many of the problems discussed. The aim of this book is to form a general geometrical view on the different problems of modern mathematics, physics and natural science in general in the context of non-Euclidean hyperbolic geometry. von Popov, Andrey und Iacob, Andrei