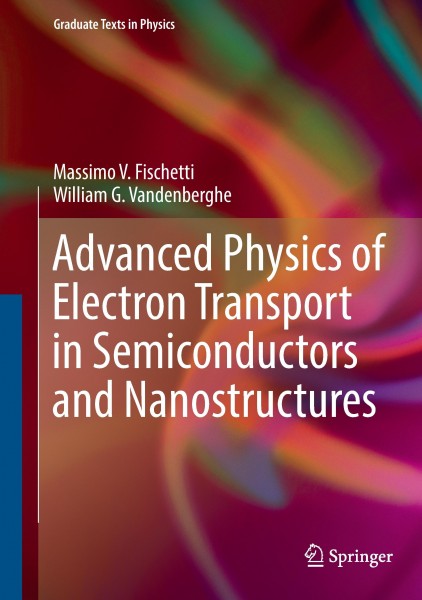 This textbook is aimed at second-year graduate students in Physics, Electrical Engineer­ing, or Materials Science. It presents a rigorous introduction to electronic transport in solids, especially at the nanometer scale.Understanding electronic transport in solids requires some basic knowledge of Ham­iltonian Classical Mechanics, Quantum Mechanics, Condensed Matter Theory, and Statistical Mechanics. Hence, this book discusses those sub-topics which are required to deal with electronic transport in a single, self-contained course. This will be useful for students who intend to work in academia or the nano/ micro-electronics industry.Further topics covered include: the theory of energy bands in crystals, of second quan­tization and elementary excitations in solids, of the dielectric properties of semicon­ductors with an emphasis on dielectric screening and coupled interfacial modes, of electron scattering with phonons, plasmons, electrons and photons, of the derivation of transport equations in semiconductors and semiconductor nanostructures somewhat at the quantum level, but mainly at the semi-classical level. The text presents examples relevant to current research, thus not only about Si, but also about III-V compound semiconductors, nanowires, graphene and graphene nanoribbons. In particular, the text gives major emphasis to plane-wave methods applied to the electronic structure of solids, both DFT and empirical pseudopotentials, always paying attention to their effects on electronic transport and its numerical treatment. The core of the text is electronic transport, with ample discussions of the transport equations derived both in the quantum picture (the Liouville-von Neumann equation) and semi-classically (the Boltzmann transport equation, BTE). An advanced chapter, Chapter 18, is strictly related to the 'tricky' transition from the time-reversible Liouville-von Neumann equation to the time-irreversible Green's functions, to the density-matrix formalism and, classically, to the Boltzmann transport equation. Finally, several methods for solving the BTE are also reviewed, including the method of moments, iterative methods, direct matrix inversion, Cellular Automata and Monte Carlo. Four appendices complete the text. von Fischetti, Massimo und Aboud, Shela