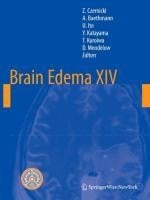 The XIV International Symposium on Brain Edema and Brain Tissue Injury took place in Warsaw, Poland, on 11-14 June 2008. Two prominent members of the International Society for Brain Edema: Dr. Igor Klatzo and Dr. Julien Hoff have passed away after the last 2005 Symposium in Ann Arbor, USA. Dr. Igor Klatzo was actually the founder of the Society, and the Advisory Board decided to commemorate Dr. Igor Klatzo by introducing a lecture named after him to be given at the Symposium. Prof. Dr. Hans-Jürgen Reulen has been honored to give the frst Igor Klatzo lecture entitled "Bulk Flow and Diffusion revisited, and Clinical Applications". This volume contains 65 out of the 104 papers presented at the Symposium as lectures or posters. The topics of the Symposium were similar to those discussed at the previous ones. Many discussions focused on clinical work especially diagnosis, subarachnoid hemorrhage, hydrocephalus, and traumatic brain injury. Diagnosis and therapy, including surgical methods, have also been verifed. Much attention was drawn to the application of decompressive craniectomy in the treatment of posttr- matic intracranial hypertension. The pathomechanisms of brain edema and tissue injury studied in experimental models have been also presented. von Czernicki, Zbigniew und Baethmann, Alexander und Ito, Umeo und Katayama, Yoichi und Kuroiwa, Toshihiko und Mendelow, Davi