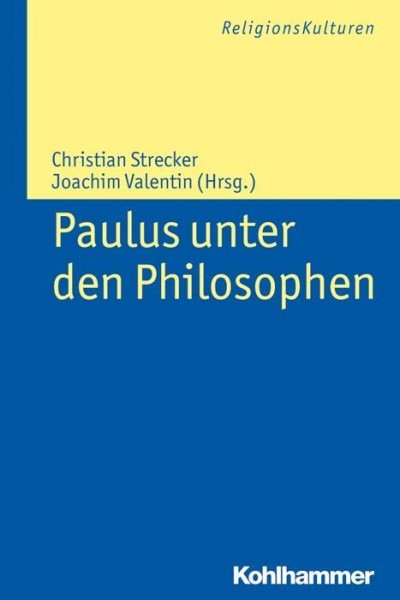 Was Paul of Tarsus a philosopher? Does he even rank amongst those philosophers who influenced occidental live and thought? The Italian philosopher Giorgio Agamben says, that the Epistle to the Romans is the fundamental messianic text of the western culture. The Jewish scholars Jacob Taubes and Daniel Boyarin insist on the philosophical and political Force of Pauline thinking. Long before that, Friedrich Nietzsche and Martin Heidegger dealt intently with the Epistle. Was Paul a Philosopher? In any case he received a lot of attention from the modern philosophers. The collection of contributions by theologians and philosophers gives profound insights into his thinking. von Strecker, Christian

Prof. Strecker teaches New testament at the Augustana-Hochschule Neuendettelsau. Prof. Valentin teaches Christian religious and cultural theory at the university of Frankfurt at is director of the catholic cultural centre "Haus am Dom" in Frankfurt.