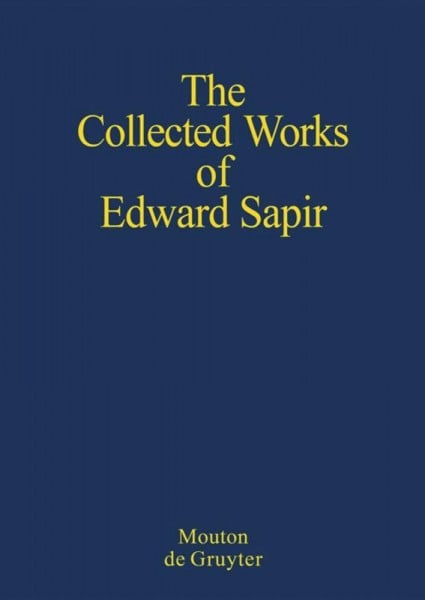 Volume I of Edward Sapir's Collected Works contains the reedition of Sapir's papers and reviews in general linguistics, in the philosophy of language and linguistics (the origin of language; general semantics; the construction of an international auxiliary language), as well as his articles on 'language' and 'dialect' written for the Encyclopedia of Social Sciences. The texts have been reedited and supplied with an introductory study and notes. The introductory studies assess Sapir's contribution to the linguistic study of the various topics dealt with. Volume I also contains a reprint of retrospective appraisals of Sapir's work in general linguistics written by Zellig Harris and Stanley Newman. von Swiggers, Pierre