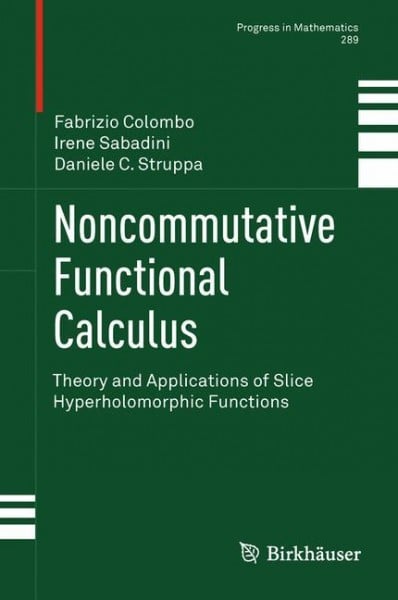 This book presents a functional calculus for n-tuples of not necessarily commuting linear operators. In particular, a functional calculus for quaternionic linear operators is developed. These calculi are based on a new theory of hyperholomorphicity for functions with values in a Clifford algebra: the so-called slice monogenic functions which are carefully described in the book. In the case of functions with values in the algebra of quaternions these functions are named slice regular functions.   Except for the appendix and the introduction all results are new and appear for the first time organized in a monograph. The material has been carefully prepared to be as self-contained as possible. The intended audience consists of researchers, graduate and postgraduate students interested in operator theory, spectral theory,  hypercomplex analysis, and mathematical physics. von Colombo, Fabrizio und Sabadini, Irene und Struppa, Daniele C.