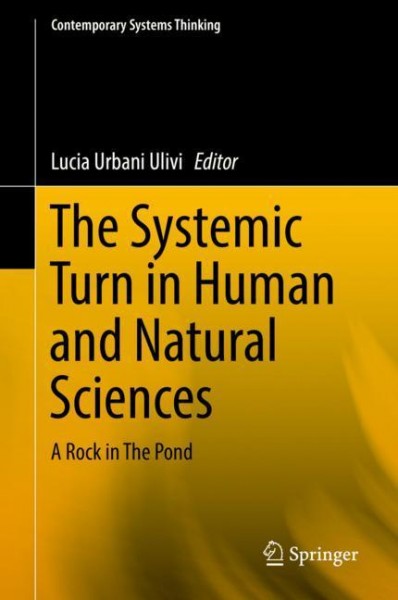 The Systemic Turn in Human and Natural Sciences

This book is dedicated to the consolidation and to the expansion of theoretic systems thinking as a necessary integration of the general reductionist and analytical attitude dominant in our culture. Reductionism and analytical approaches have produced significant results in many fields of contemporary knowledge giving a great contribution to relevant scientific discoveries and to their technological application, but their validity has been improperly universalized as the only and best methods of knowledge in every domain. It is nowadays clear that analytical or mereological approaches are inadequate to solve many problems and that we should introduce - or support the diffusion of - new concepts and different research attitudes. A good candidate to support such a shift is the well known theoretical approach based on the concept of "system" that no more considers the elementary constituents of an object, but the entity emerging from the relations and interactions among its elementary parts. It becomes possible to reconstruct several domains, both philosophical and scientific, from the systemic point of view, introducing fresh ideas in the research in view of a general rational vision of the world on more comprehensive basis. This book contributes to the diffusion and evolution of systemic thinking by focusing on two main objectives: developing and updating the systemic approach in disciplines currently using it and introducing the systemic perspective in humanistic disciplines, where the approach is not widely used. The Systemic Turn in Human and Natural Sciences: A Rock in the Pond is comprised of ten chapters. The chapter authors adopt a trans-disciplinary perspective, consisting in the recognition and harmonization of the special outlooks that together, within the general systemic paradigm, gives an ideal unity to the book. von Urbani Ulivi, Lucia

Lucia Urbani Ulivi is a Professor of Philosophy of Mind and Ontology and Metaphysics in the Department of Philosophy of the Catholic University in Milan, Italy. Her research interests mainly concern metaphysics, in the sense of the great classical tradition, updated through scientific contemporary references. Since 2009 she has been working on systems thinking, with particular attention to the interdisciplinary cooperation promoted by system theory. She has organized and coordinated since 2009 the research group about systemic thinking in the sciences, the humanities and the arts, that held more than eighty seminars and conferences whose results have been regularly published in Rivista di Filosofia Neo-Scolastica (2010, 2011, 2012, 2014, 2015, 2016) and in the editing of three volumes: Strutture di mondo. Il pensiero sistemico come specchio di una realtà complessa, Il Mulino, Bologna 2010, 2013, 2015.