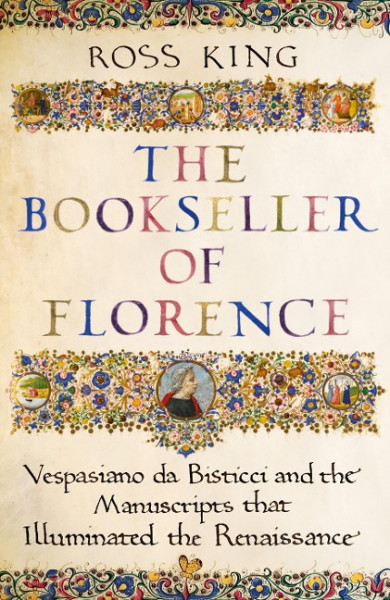 The Bookseller of Florence

The Bookseller of Florence

A gripping story of ancient wisdom, new technology and 'the king of the world's booksellers', set in Renaissance FlorenceIn the mid-1400s, Vespasiano da Bisticci's bookshop in Florence was said to contain all the wisdom of the world. Vespasiano and his team of scribes and illuminators produced exquisite manuscripts for popes and princes across Europe, rediscovering and disseminating some of the most significant texts from classical antiquity. At his shop, the most formidable minds of the city would gather to debate these old ideas of revolutionary power. But in 1476 a new technology arrived in Florence. The convent of San Jacopo di Ripoli, a community of Dominican nuns on the other side of the city, acquired a printing press from a bankrupt German printer. Before long, with the enterprising nuns working tirelessly as typesetters, the Ripoli Press began printing a series of books and pamphlets that triggered an explosion of ideas in politics, philosophy and religion. In The Bookseller of Florence Ross King, the internationally bestselling author of Brunelleschi's Dome and Michelangelo and the Pope's Ceiling, uncovers the story of a local battle that would have far-reaching consequences. The wave of radical thinking unleashed by printed books would alter the course of history, fuelling the Renaissance and the Reformation, and paving the way for the Enlightenment - and modernity as we know it today. von King, Ross

Ross King is a renowned expert in the Italian Renaissance. He is the author of numerous bestselling and acclaimed books include Brunelleschi's Dome, Michelangelo and the Pope's Ceiling, Leonardo and the Last Supper and Mad Enchantment: Claude Monet and the Painting of the Water Lilies. His love of Renaissance Florence, which he has been studying, writing and lecturing about for over twenty years, made Vespasiano's long-forgotten story - never written about before - an irresistible next subject. He lives just outside Oxford.