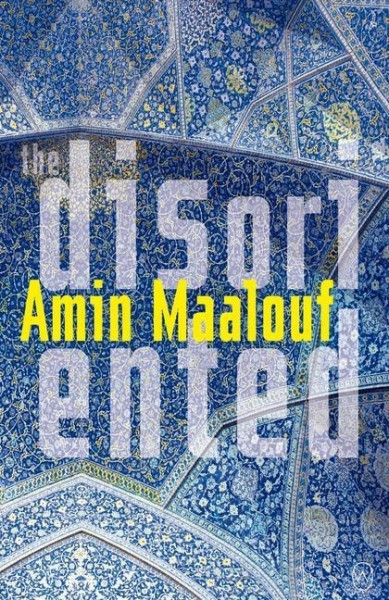 A big, exquisite novel about friendship, betrayal, nostalgia, ideals, politics, and the world as it isOne night, a phone rings in Paris. Adam learns that Mourad, once his closest friend, is dying. He quickly throws some clothes in a suitcase and takes the first flight out, to the homeland he fled twenty-five years ago. Exiled in France, Adam has been leading a peaceful life as a respected historian, but back among the milk-white mountains of the East his past soon catches up with him. His childhood friends have all taken different paths in life-and some now have blood on their hands. Loyalty, identity, and the clash of cultures and beliefs are at the core of this long-awaited novel by the French-Lebanese literary giant Amin Maalouf."There are novels which reverberate long after you've finished reading them. Amin Maalouf's The Disoriented is such a novel. This is a unique voyage between the Orient and the West, and the past and the present."Le Figaro"Amin Maalouf gives us a perfect look at the thoughts and feelings that can lead to emigration. One can only be impressed by the magnitude and the precision of his introspection."Le Monde des Livres von Maalouf, Amin und Wynne, Frank

AMIN MAALOUF was born in Beirut. He studied economics and sociology and then worked as an international reporter until the Lebanese Civil War broke out in 1975. Maalouf and his family decided to leave their country and settled in Paris in 1976, where he became editor in chief for the newspaper Jeune Afrique. He published his first book, The Crusades Through Arab Eyes, in 1983. In 1993, The Rock of Tanios, his fifth novel, won the Prix Goncourt, the most prestigious literary award in France. Maalouf is a member of the Académie Française and in 2010 was awarded the Prince of Asturias Award for Literature for his entire oeuvre. His work has been translated into fifty languages and his most recent bestselling novel to be published in English is The Disoriented. FRANK WYNNE is a literary translator, writer and editor based in London, UK. He has translated numerous French and Hispanic authors including Michel Houellebecq, Patrick Modiano, Javier Cercas, and Virginie Despentes. His work has earned him numerous prizes including the IMPAC Dublin Literary Award, the Scott Moncrieff Prize, and the Premio Valle Inclán. Most recently, his translation of Animalia won the 2020 Republic of Consciousness Prize. He edited the anthology Found in Translation collecting a hundred of the finest translated stories from around the world.