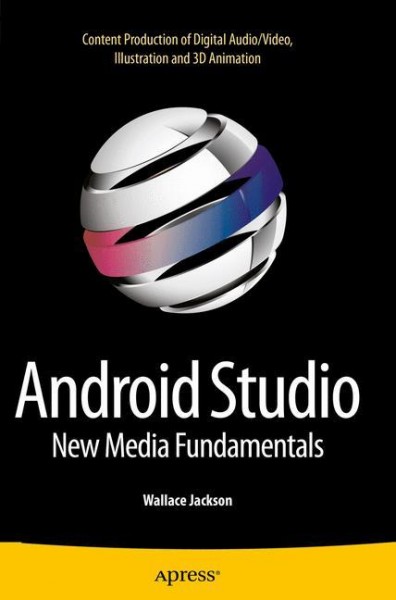 This book is a brief primer covering concepts central to digital imagery, digital audio and digital illustration using open source software packages such as GIMP, Audacity and Inkscape. These are used for this book because they are free for commercial use. The book builds on the foundational concepts of raster, vector and waves (audio), and gets more advanced as chapters progress, covering what new media assets are best for use with Android Studio as well as key factors regarding the data footprint optimization work process and why it is important. What You Will Learn. What are the primary genres of new media content production. What new media assets Android Studio supports. What are the concepts behind new media content production. How to Install and use GIMP, Inkscape, and Audacity software. How to integrate that software with Android Studio, fast becoming the most popular IDE for Android apps design and development Audience Primary audience includes Android developers, especially game designers/developers and others who need access to multimedia elements.  Secondary: multimedia producers, RIA developers, game designers, UI designers, and teachers. von Jackson, Wallace

Wallace Jackson is a multimedia expert designer, developer and producer, specializing in optimization techniques.  He is a successful author of several books at Apress, including Pro Android Graphics, Pro Android UI, Learn Android Apps Development, Android Apps for Absolute Beginners and much more.