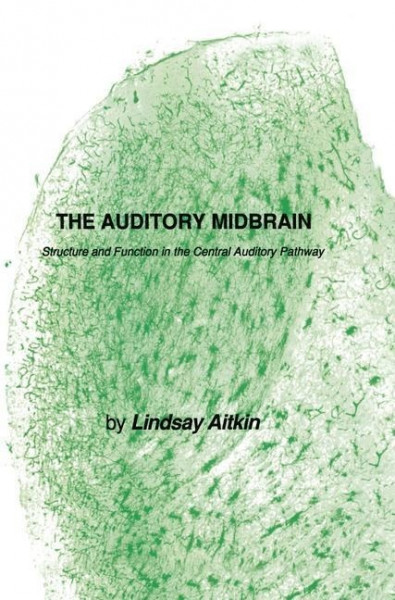 The Auditory Midbrain
Structure and Function in the Central Auditory Pathway

Scientific investigations of a descriptive nature involve in­ creasingly refined definitions of a problem. An idea is trans­ formed after initial experiments into a working hypothesis that has a number of testable consequences. Rarely in the neurosci­ ences do such tests completely falsify the hypothesis; more commonly they lead to a modified, more general hypothesis. One could argue that in order to define a scientific problem, one must first understand it. This monograph is an attempt to draw together knowledge and understanding from various disciplines, collected from studies carried out over more than 80 yr, of the functions of the auditory midbrain. This part of the brain has been of continuing interest to me, from my days as a postgraduate student in the mid-1960s to the present time, because so many ideas about central auditory organization and function have developed from studies of this region. This book is dedicated to Jerzy E. Rose, Professor Emer­ itus of Neurophysiology at the University of Wisconsin. His intellect and clarity of mind have been responsible for many of the modern ideas of auditory neurophysiology. These ideas have been incorporated into a series of classic papers on audi­ tory neuroscience that will be important for a long time to corne. In addition, Jerzy Rose has been an inspired teacher whose precepts of brain structure and function have been a major influence on his students, including the author. von Aitkin, Lindsay