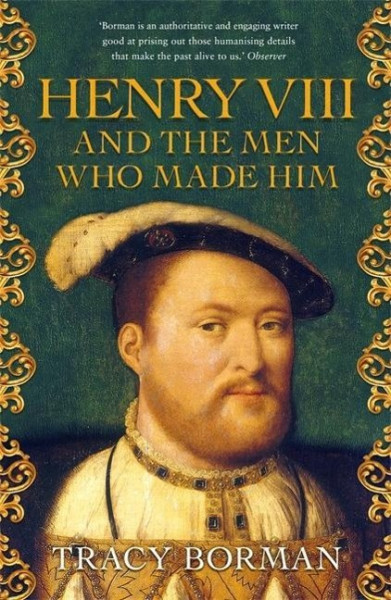 Henry VIII
The secret history behind the Tudor throne

Who was the real power behind the Tudor throne? Meet the men who shaped Henry VIII into the man - and monster - he became. This new comprehensive biography of Henry VIII examines one of Britain's most notorious monarchs through the new angle of his male relationships. We know all about Henry's six wives - but what do we know about the men who shaped the crown? From Henry VII, the first Tudor king, Henry's older brother Author who died when Henry was just eleven, to Henry's handsome jousting partners including one who married his sister in secret, and his warring advisors from Thomas More to Thomas Cromwell, who both ended up on the block - this will be the first book to focus upon Henry's relationships with the men who shaped his character and kingship. Tracy Borman shows us this well-known monarch in a new light, and once again brings the Tudor court to life with her meticulous research and vivid storytelling. von Borman, Tracy

Tracy Borman is joint Chief Curator of Historic Royal Palaces and Chief Executive of the Heritage Education Trust. She studied and taught history at the University of Hull and was awarded a PhD in 1997. Tracy is the author of a number of highly acclaimed books including The Private Lives of the Tudors: Uncovering the Secrets of Britain's Greatest Dynasty, Thomas Cromwell: The Untold Story of Henry VIII's Most Faithful Servant, Matilda: Wife of the Conqueror, First Queen of England, Elizabeth's Women: The Hidden Story of the Virgin Queen and Witches: A Tale of Sorcery, Scandal and Seduction. Tracy is also a regular broadcaster and public speaker, giving talks on her books across the UK and abroad. Follow Tracy on Twitter @TracyBorman