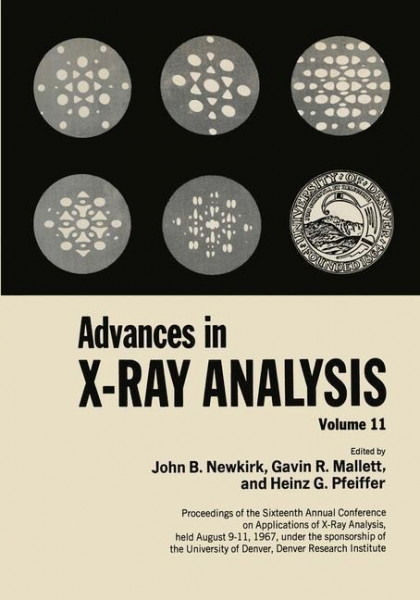 X-ray emission spectrography, while based on Moseley's work, as a generally useful analytical method had its genesis in the work of Friedman, Birks, and Brooks 30 years ago. The central theme of this conference, quantitative methods in X-ray spectrometric analy­ sis, and the large number of papers on that subject attest to the growth of the application and usefulness of X-ray emission. It is a privilege to have as an invited speaker Laverne Birks, one of the original group that put X-ray emission into analytical chemistry. Determination of elements above titanium in the periodic table was considered the province of X-ray fluorescence, and most of the early development was aimed at the analy­ sis of alloys. The papers in this volume on metals analysis accept most operational features as routine and have concentrated on the improved treatment of the observed data in order to convert them to more accurate results. As the treatment of matrix effects, geometry, and stability have been better understood, corrections have become routine. For most elements that are present in amounts greater than a few parts per million, determinations can now be done with accuracies rivaling wet methods. Trace quantities are being determined to lower and lower amounts, largely owing to improvement of equipment and development of concentration techniques. For most trace elements, X-ray spectrography has become the preferred analytical method. The develop­ ment of improved methods for separating signals from noise should lead to major reduc­ tions in minimum detection levels. von Newkirk, John B. und Pfeiffer, Heinz G. und Mallett, Gavin R.