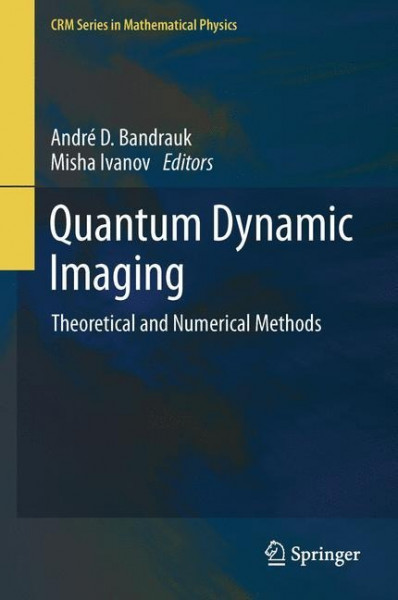 Studying and using light or "photons" to image and then to control and transmit molecular information is among the most challenging and significant research fields to emerge in recent years. One of the fastest growing areas involves research in the temporal imaging of quantum phenomena, ranging from molecular dynamics in the femto (10-15s) time regime for atomic motion to the atto (10-18s) time scale of electron motion. In fact, the attosecond "revolution" is now recognized as one of the most important recent breakthroughs and innovations in the science of the 21st century. A major participant in the development of ultrafast femto and attosecond temporal imaging of molecular quantum phenomena has been theory and numerical simulation of the nonlinear, non-perturbative response of atoms and molecules to ultrashort laser pulses. Therefore, imaging quantum dynamics is a new frontier of science requiring advanced mathematical approaches for analyzing and solving spatial and temporal multidimensional partial differential equations such as Time-Dependent Schroedinger Equations (TDSE) and Time-Dependent Dirac equations (TDDEs for relativistic phenomena). These equations are also coupled to the photons in Maxwell's equations for collective propagation effects. Inversion of the experimental imaging data of quantum dynamics presents new mathematical challenges in the imaging of quantum wave coherences on subatomic (subnanometer) spatial dimensions and multiple timescales from atto to femto and even nanoseconds. In Quantum Dynamic Imaging: Theoretical and Numerical Methods, leading researchers discuss these exciting state-of-the-art developments and their implications for R&D in view of the promise of quantum dynamic imaging science as the essential tool for controlling matter at the molecular level. von Bandrauk, Andre D. und Ivanov, Misha