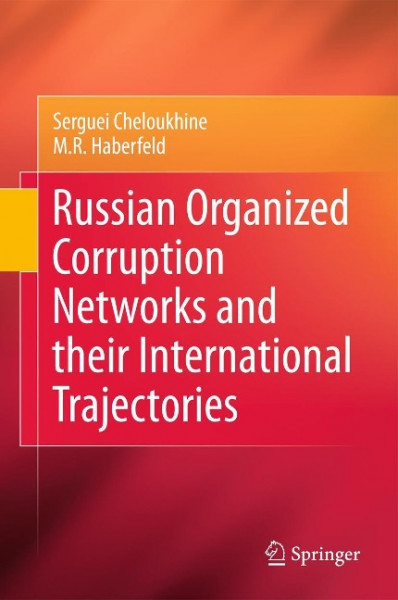 Countries undergoing major social and legal transitions typically experience a light, but relatively insignificant, increase in crime. However, in the past decade, many transitional countries in Eastern Europe, and Russia in particular, have experienced a surge in criminal activities that came about through the collaboration of diverse players-such as criminals, state officials, businesspersons, and law enforcement-into organized networks aimed to obtain financial and economic gains. von Cheloukhine, Serguei und Haberfeld, M. R.

Serguei Cheloukhine is an Assistant Professor in the department of Law, Police Science, and Criminal Justice Administration at John Jay College of Criminal Justice in New York City. M.R. Haberfeld is a Professor of Police Science in the Department of Law, Police Science and Criminal Justice Administration at John Jay College of Criminal Justice in New York City. She was born in Poland and immigrated to Israel as a teenager. Prior to coming to John Jay, she served in Israeli Defense Forces, in a counter-terrorist unit and left the army at the rank of a Sergeant; she then joined the Israel National Police, and left the force at the rank of Lieutenant. She also worked for the U.S. Drug Enforcement Administration, in the New York Field Office, as a special consultant. She holds two Bachelor of Art degrees, two Master degrees, and a Ph.D. in Criminal Justice. Her main interests and expertise are in the area of police training and professional development, with particular emphasis on: police ethics, integrity, leadership, counter-terrorism and use of force in multicultural environments. Her recent publications include a book on police training, titled Critical Issues in Police Training (2002), a co-edited book titled Contours of Police Integrity (2004) Encyclopedia of Law Enforcement, the International Volume (2005) Police Leadership (2005), a co-authored book titled Enhancing Police Integrity (2006) and a co-edited book on Comparative Policing: The Struggle for Democratization (2007). She is currently completing a co-edited book, A New Understanding of Terrorism: Case Studies and Analysis (forthcoming fall, 2008). She also recently co-authored two articles on counter-terrorist response: "Proper Proactive Training to Terrorist Presence and Operations in Friendly Urban Environments", in Understanding and Responding to the Terrorism Phenomenon - A Multi-Dimensional Perspective (2007) and "Police Activities to Counter Terrorism: What We Know and What We Need to Know" (forthcoming Fall, 2008). For the past seven years (2001-2008), she has been involved in developing, coordinating and teaching in a special training program for the New York City Police Department, where she teaches courses in police ethics, leadership and counter-terrorism. Currently, she is also an Academic Coordinator of the Law Enforcement Executive Police Institute for the State of New York, where she oversees the delivery of the training modules and teaches leadership courses. She is involved in two major research studies, one on Use of Force by the Police in 10 different countries, and the other Counter-Terrorism police training response post 9/11, which also involves comparative studies of a number of countries around the world.