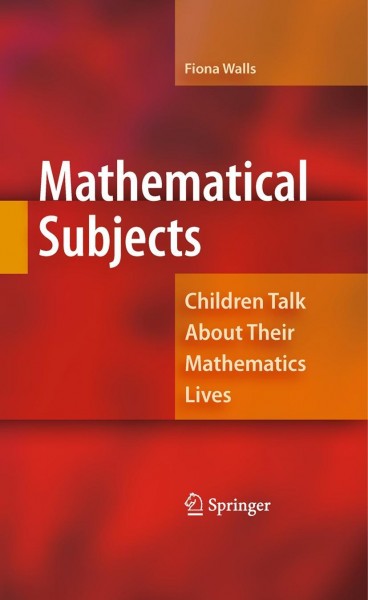 Teaching and learning mathematics is a political act in which children, teachers, parents, and policy makers are made visible as subjects. As they learn about mathematics, children are also learning about themselves - who they are, who they might become. We can choose to listen or not to what children have to say about learning mathematics. Such choices constitute us in relations of power. Mathematical know-how is widely regarded as essential not only to the life chances of individuals, but also to the health of communities and the economic well-being of nations. With the globalisation of education in an increasingly market-oriented world, mathematics has received intensified attention in the first decade of the twenty-first century with a shifting emphasis on utilitarian aspects of mathematics. This is reflected in the reconceptualisation of mathematical competence as mathematical literacy, loosely conceived as those ways of thinking, reasoning and working "mathematically" that allow us to engage effectively in everyday situations, in many occupations, and the cut and thrust of world economies as active, empowered and participatory citizens. It is no surprise then that mathematics has become one of the most politically charged subjects in primary school curricula worldwide. We are experiencing an unprecedented proliferation of regional and national strategies to establish benchmarks, raise standards, enhance achievement, close gaps, and leave no child behind in mathematics education. Industries have sprung up around the design, administration and monitoring of standardised assessment to measure and compare children's mathematical achievement against identified benchmarks and each other. von Walls, Fiona