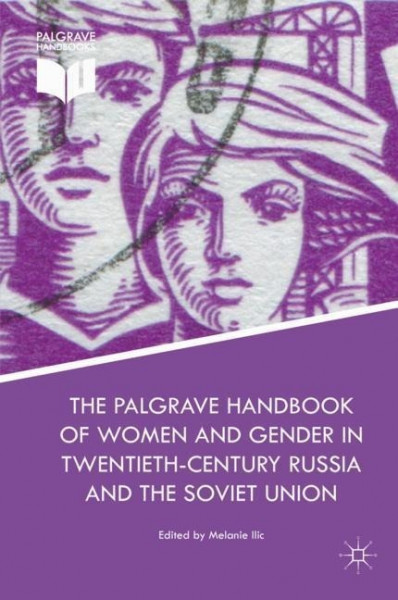 This handbook brings together recent and emerging research in the broad areas of women and gender studies focusing on pre-revolutionary Russia, the Soviet Union and the post-Soviet Russian Federation. For the Soviet period in particular, individual chapters extend the geographic coverage of the book beyond Russia itself to examine women and gender relations in the Soviet 'East' (Tatarstan), Central Asia (Kazakhstan, Tajikistan and Uzbekistan) and the Baltic States (Estonia, Latvia and Lithuania). Within the boundaries of the Russian Federation, the scope moves beyond the typically studied urban centres of Moscow and St Petersburg to examine the regions (Krasnodar, Novosibirsk), rural societies and village life. Its chapters examine the construction of gender identities and shifts in gender roles during the twentieth century, as well as the changing status and roles of women vis-a-vis men in Soviet political institutions, the workplace and society more generally. This volume draws on a broad range of disciplinary and methodological approaches currently being employed in the academic field of Russian studies. The origins of the individual contributions can be identified in a range of conventional subject disciplines - history, literature, sociology, political science, cultural studies - but the chapters also adopt a cross- and inter-disciplinary approach to the topic of study. This handbook therefore builds on and extends the foundations of Russian women's and gender studies as it has emerged and developed in recent decades, and demonstrate the international, indeed global, reach of such research von Ilic, Melanie

Melanie Ilic is Professor of Soviet History at the University of Gloucestershire, UK.