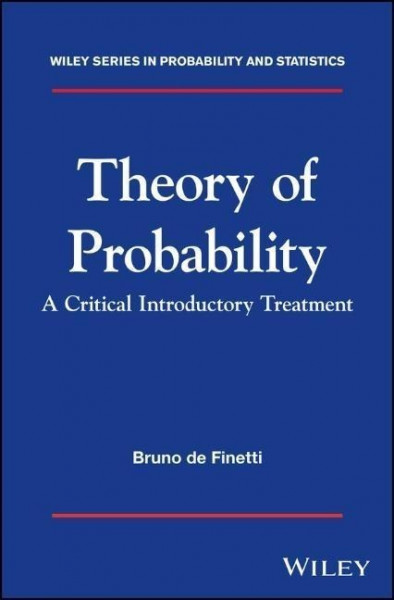 First issued in translation as a two-volume work in 1975, this classic book provides the first complete development of the theory of probability from a subjectivist viewpoint. It proceeds from a detailed discussion of the philosophical mathematical aspects to a detailed mathematical treatment of probability and statistics. De Finetti's theory of probability is one of the foundations of Bayesian theory. De Finetti stated that probability is nothing but a subjective analysis of the likelihood that something will happen and that that probability does not exist outside the mind. It is the rate at which a person is willing to bet on something happening. This view is directly opposed to the classicist/ frequentist view of the likelihood of a particular outcome of an event, which assumes that the same event could be identically repeated many times over, and the 'probability' of a particular outcome has to do with the fraction of the time that outcome results from the repeated trials. von De Finetti, Bruno