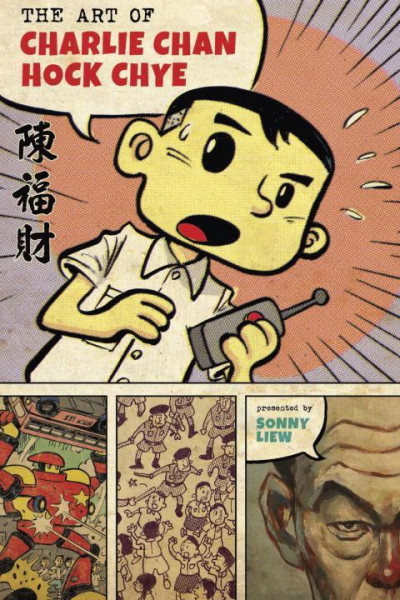 A 2017 Eisner Award Winner for Best Writer/Artist, Best US Edition of International Material-Asia, and Best Publication DesignWinner of the Singapore Literature Prize 2016 A New York Times bestseller An Economist Book of the Year 2016 An NPR Graphic Novel Pick for 2016 A Washington Post Best Graphic Novel of 2016 A New York Post Best Books of 2016 A Publishers Weekly Best Book of 2016 A South China Morning Post Top 10 Asian books of 2016 An A.V. Club Best Comics of 2016 A Comic Books Resources Top 100 Comics of 2016 A Mental Floss Most Interesting Graphic Novel of 2016Meet Charlie Chan Hock Chye. Now in his early 70s, Chan has been making comics in his native Singapore since 1954, when he was a boy of 16. As he looks back on his career over five decades, we see his stories unfold before us in a dazzling array of art styles and forms, their development mirroring the evolution in the political and social landscape of his homeland and of the comic book medium itself. With The Art of Charlie Chan Hock Chye Sonny Liew has drawn together a myriad of genres to create a thoroughly ingenious and engaging work, where the line between truth and construct may sometimes be blurred, but where the story told is always enthralling, bringing us on a uniquely moving, funny, and thought-provoking journey through the life of an artist and the history of a nation. von Liew, Sonny

SONNY LIEW is a comics artist, painter, and illustrator whose work includes the New York Times best seller The Shadow Hero with Gene Luen Yang, My Faith in Frankie with Mike Carey, Malinky Robot, and a new Doctor Fate comics series with Paul Levitz. Born in Malaysia, he lives in Singapore, where he sleeps with the fishes.