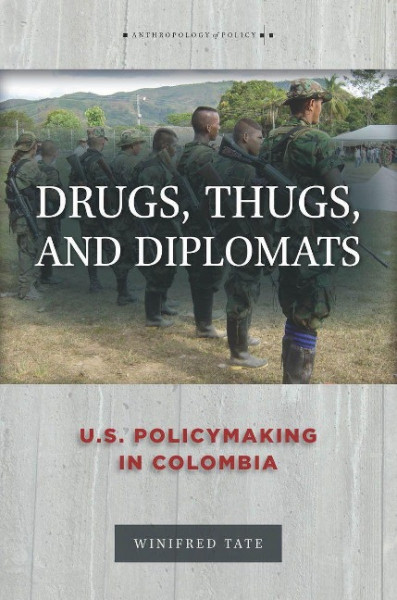 In 2000, the U.S. passed a major aid package that was going to help Colombia do it all: cut drug trafficking, defeat leftist guerrillas, support peace, and build democracy. More than 80% of the assistance, however, was military aid, at a time when the Colombian security forces were linked to abusive, drug-trafficking paramilitary forces. Drugs, Thugs, and Diplomats examines the U.S. policymaking process in the design, implementation, and consequences of Plan Colombia, as the aid package came to be known. Winifred Tate explores the rhetoric and practice of foreign policy by the U.S. State Department, the Pentagon, Congress, and the U.S. military Southern Command. Tate's ethnography uncovers how policymakers' utopian visions and emotional entanglements play a profound role in their efforts to orchestrate and impose social transformation abroad. She argues that U.S. officials' zero tolerance for illegal drugs provided the ideological architecture for the subsequent militarization of domestic drug policy abroad. The U.S. also ignored Colombian state complicity with paramilitary brutality, presenting them as evidence of an absent state and the authentic expression of a frustrated middle class. For rural residents of Colombia living under paramilitary dominion, these denials circulated as a form of state terror. Tate's analysis examines how oppositional activists and the policy's targets-civilians and local state officials in southern Colombia-attempted to shape aid design and delivery, revealing the process and effects of human rights policymaking. von Tate, Winifred

Winifred Tate is Assistant Professor of Anthropology at Colby College and author of Counting the Dead: The Culture and Politics of Human Rights Activism in Colombia (2007).