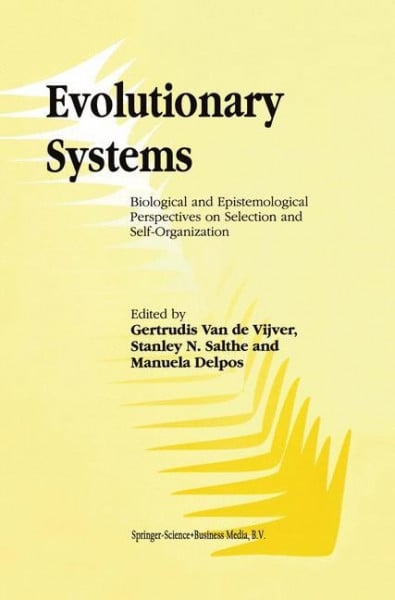 Evolutionary Systems
Biological and Epistemological Perspectives on Selection and Self-Organization

The three well known revolutions of the past centuries - the Copernican, the Darwinian and the Freudian - each in their own way had a deflating and mechanizing effect on the position of humans in nature. They opened up a richness of disillusion: earth acquired a more modest place in the universe, the human body and mind became products of a long material evolutionary history, and human reason, instead of being the central, immaterial, locus of understanding, was admitted into the theater of discourse only as a materialized and frequently out-of-control actor. Is there something objectionable to this picture? Formulated as such, probably not. Why should we resist the idea that we are in certain ways, and to some degree, physically, biologically or psychically determined? Why refuse to acknowledge the fact that we are materially situated in an ever evolving world? Why deny that the ways of inscription (traces of past events and processes) are co-determinative of further "evolutionary pathways"? Why minimize the idea that each intervention, of each natural being, is temporally and materially situated, and has, as such, the inevitable consequence of changing the world? The point is, however, that there are many, more or less radically different, ways to consider the "mechanization" of man and nature. There are, in particular, many ways to get the message of "material and evolutionary determination", as well as many levels at which this determination can be thought of as relevant or irrelevant. von Vijver, G. und Delpos, M. und Salthe, Stanley N.