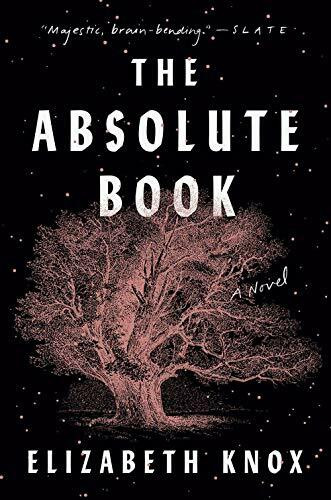 The Absolute Book
A Novel

The epic fantasy that's taking the world by storm--a bewitching story about a revenge killing, a mysterious scroll box that has survived centuries of fires, and the book that changed everything"Majestic, brain-bending . . . Each time I thought the book was done surprising me, Knox . . . opened another gate and flung me through it." --Dan Kois, SlateTaryn Cornick believes that the past--her sister's violent death, and her own ill-conceived revenge--is behind her, and she can get on with her life. She has written a successful book about the things that threaten libraries: insects, damp, light, fire, carelessness and uncaring . . . but not all of the attention it brings her is good.A policeman, Jacob Berger, questions her about a cold case. Then there are questions about a fire in the library at her grandparents' house and an ancient scroll box known as the Firestarter, as well as threatening phone calls and a mysterious illness. Finally a shadowy young man named Shift appears, forcing Taryn and Jacob toward a reckoning felt in more than one world.The Absolute Book is epic, action-packed fantasy in which hidden treasures are recovered, wicked things resurface, birds can talk, and dead sisters are a living force. It is a book of journeys and returns, from contemporary England to Auckland, New Zealand; from a magical fairyland to Purgatory. Above all, it is a declaration of love for stories and the ways in which they shape our worlds and create gods out of mortals. von Knox, Elizabeth

Elizabeth Knox is the author of seventeen books, including the novels The Vintner's Luck, Dreamhunter, and Dreamquake, which received awards from the ALA, CCBC, Booklist, and the New York Public Library. An Arts Foundation Laureate, an officer of the New Zealand Order of Merit, and the recipient of the Prime Minister's Award for Fiction, she lives with her husband and son in Wellington, New Zealand, where she teaches a course on world building at Victoria University.