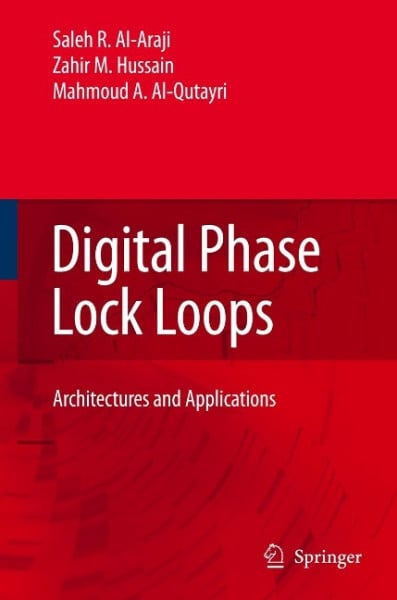 This exciting new book covers various types of digital phase lock loops. It presents a comprehensive coverage of a new class of digital phase lock loops called the time delay tanlock loop (TDTL). It also details a number of architectures that improve the performance of the TDTL through adaptive techniques that overcome the conflicting requirements of the locking rage and speed of acquisition. von Al-Araji, Saleh R. und Hussain, Zahir M. und Al-Qutayri, Mahmoud A.

Prof. Al-Araji received the B.Sc., M.Sc., and Ph.D. degrees from the University of Wales Swansea, (UK), all in electrical engineering in 1968, 1969, and 1972 respectively. Since September 2002, Professor Al-Araji was appointed Professor and Head of Communications Engineering Department at Etisalat University College (Emirates Telecommunication Cooperation), Sharjah, UAE. Prior to that and for six years he was working at the Transmission Network Systems, Scientific-Atlanta, Atlanta, Georgia, USA as Senior Staff Electrical Engineer. During the academic year 1995/1996, Prof. Al-Araji was visiting professor at the Ohio State University, Columbus, Ohio, USA. He was visiting professor at King's College, University of London, England, during the summers of 1988 and 1989. Prof. Al-Araji was professor and Department Head at the University of Baghdad, Iraq, and the University of Yarmouk, Jordan. Prof. Al-Araji was awarded the British IERE Clerk Maxwell Premium for a paper published in 1976 and the Scientific-Atlanta award for outstanding achievement in the year 2000. He was an Iraqi National member of URSI Commissions C and D, and the ITU (CCIR Group 8). His research interests include synchronization techniques, communication signal processing, and CATV systems and networks. He has published over 50 papers in international Journals and Conferences and holds 6 US Patents and one International Patent. He is a reviewer to a number of international conferences and journals, and is involved in the organization of a number of international conferences in various capacities. Prof. Al-Araji is a senior member of the IEEE. His e-mail address is: alarajis@euc.ac.ae.