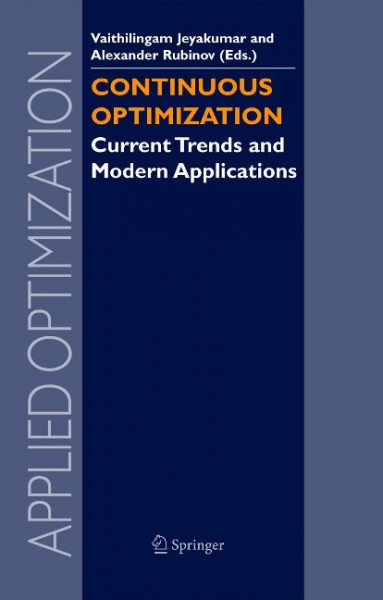 Continuous optimization is the study of problems in which we wish to opti­ mize (either maximize or minimize) a continuous function (usually of several variables) often subject to a collection of restrictions on these variables. It has its foundation in the development of calculus by Newton and Leibniz in the 17*^ century. Nowadys, continuous optimization problems are widespread in the mathematical modelling of real world systems for a very broad range of applications. Solution methods for large multivariable constrained continuous optimiza­ tion problems using computers began with the work of Dantzig in the late 1940s on the simplex method for linear programming problems. Recent re­ search in continuous optimization has produced a variety of theoretical devel­ opments, solution methods and new areas of applications. It is impossible to give a full account of the current trends and modern applications of contin­ uous optimization. It is our intention to present a number of topics in order to show the spectrum of current research activities and the development of numerical methods and applications. von Jeyakumar, Vaithilingam und Rubinov, Alexander M.