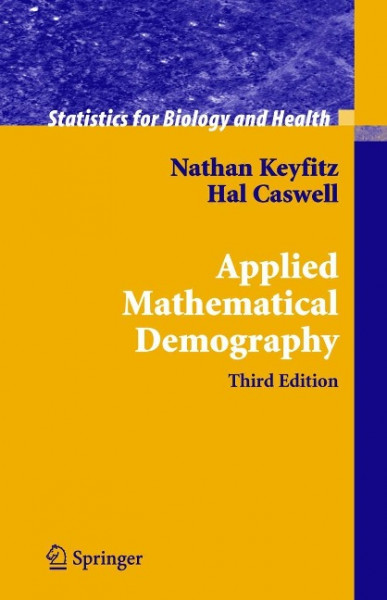 ButIacceptedtheinvitation.Key?tz'ssuggestionthatweincorporatesome of my earlier work on matrix population models seemed like a good way to complement the methods presented in the book, and to expand the range of their applications. I am a demographer of plants and nonhuman animals. Some would call this an oxymoron, since the Greek rootdemos refers to people, and that's us. But there are precedents for taking more inclusive de?nitions of the Greek.Ecologyandeconomics,forexample,bothcomefromtherootoikos, referring to the household. Interpretingdemos as referring to individuals, whether they are persons or not, lets demography apply across species. There is a long tradition of such crossover. Alfred J. Lotka is acknowledged as a founding father of both demography and ecology. Raymond Pearl used demographic methods to analyze the e?ects of toxic substances and cro- ing on fruit ?ies. Lee (1987) compared the density-dependence of the vital rates of human and non-human animals. Today, in studies of senescence, reproduction, and individual heterogeneity, the boundaries between animal and human studies are becoming increasingly blurred (Wachter et al. 1997, Carey 2003, Wachter and Bulatao 2003, Carey and Tuljapurkar 2003). von Keyfitz, Nathan und Caswell, Hal