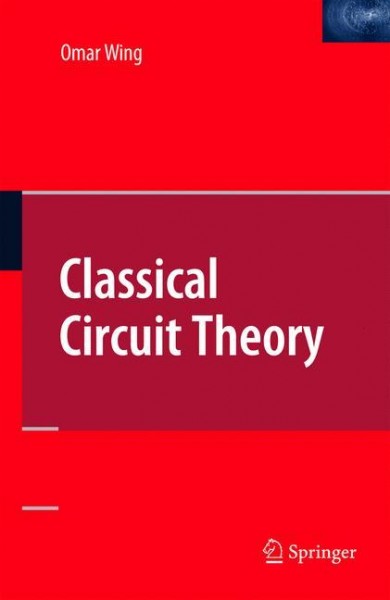 Classical circuit theory is a mathematical theory of linear, passive circuits, namely, circuits composed of resistors, capacitors and inductors. Like many a thing classical, it is old and enduring, structured and precise, simple and elegant. It is simple in that everything in it can be deduced from ?rst principles based on a few physical laws. It is enduring in that the things we can say about linear, passive circuits are universally true, unchanging. No matter how complex a circuit may be, as long as it consists of these three kinds of elements, its behavior must be as prescribed by the theory. The theory tells us what circuits can and cannot do. As expected of any good theory, classical circuit theory is also useful. Its ulti mate application is circuit design. The theory leads us to a design methodology that is systematic and precise. It is based on just two fundamental theorems: that the impedance function of a linear, passive circuit is a positive real function, and that the transfer function is a bounded real function, of a complex variable. von Wing, Omar