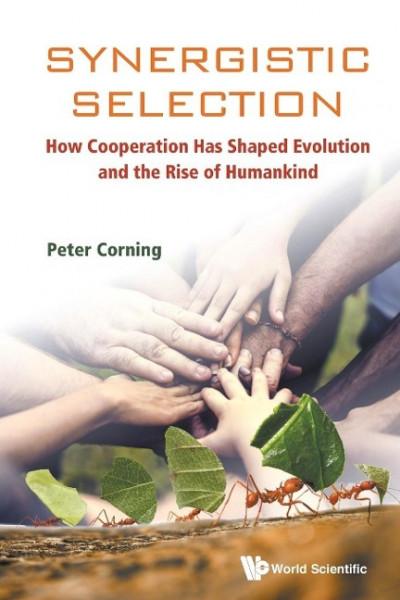 Synergistic Selection: How Cooperation Has Shaped Evolution And The Rise Of Humankind

Synergistic Selection: How Cooperation Has Shaped Evolution And The Rise Of Humankind

co-author of (among others) Evolution in Four Dimensions "Nothing about the evolution of biological complexity makes sense except in the light of synergy." Peter Corning's new book is being hailed as a major contribution to what is perhaps the greatest shift in our understanding of evolution since The Origin of Species. It's a tour de force that takes us on a synergy-guided tour of the history of life. As Corning puts it, "life on Earth has been a synergistic phenomenon from the get go." Corning also shows how synergy has been a key to human evolution, including the rise of complex modern societies. "Cooperation may have been the vehicle, but synergy was the driver." As we now face a tipping point and another major transition in evolution, Corning offers us a synergy-based road-map to the future. "One of the great take-home lessons from the epic of evolution is that cooperation produces synergy, and synergy is the way forward. The arc of evolution bends toward synergy." von Corning, Peter A (Inst For The Study Of Complex Systems, Usa)

Corning, Peter A (Inst For The Study Of Complex Systems, Usa)