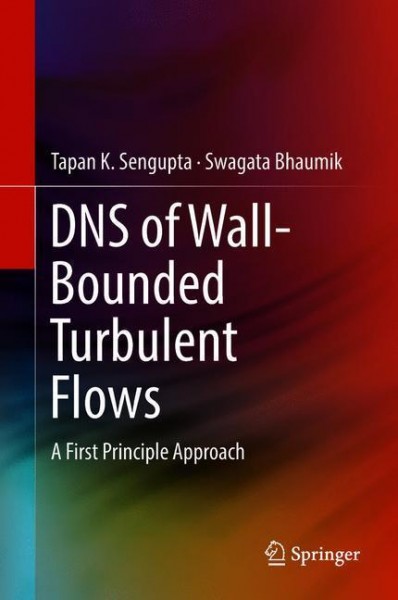 This book highlights by careful documentation of developments what led to tracking the growth of deterministic disturbances inside the shear layer from receptivity to fully developed turbulent flow stages. Associated theoretical and numerical developments are addressed from basic level so that an uninitiated reader can also follow the materials which lead to the solution of a long-standing problem. Solving Navier-Stokes equation by direct numerical simulation (DNS) from the first principle has been considered as one of the most challenging problems of understanding what causes transition to turbulence. Therefore, this book is a very useful addition to advanced CFD and advanced fluid mechanics courses. von Sengupta, Tapan K. und Bhaumik, Swagata

Prof. Tapan K. Sengupta, Ph.D. (Georgia Tech.) has devoted all his time in research and teaching of transition and turbulence, apart from his interest in aerodynamics. To aid in these research areas, he has developed scientific computing for fluid flow and wave phenomenon for more than three decades. He has written four single-author books in these subjects, apart from editing two more volumes on transition and high performance computing. He has been a Senior Research Associate in Univ. of Cambridge, Senior Visiting Fellow in National Univ. of Singapore, Senior Associate of the International Centre of Theoretical Physics (ICTP) at Trieste, Italy, visiting IdeX Professor of Excellence at Univ. of Bordeaux, France, Fellow at Univ. of Cambridge, UK at Murray-Edwards College and Univ. Engg., Department. He has been the Regional Editor of Computers & Fluids (Elsevier), New York, USA. Dr. Swagata Bhaumik, PhD (IIT Kanpur, 2013) is currently visiting Assistant Professor, Department of Aerospace Engineering, IIT Kanpur. His PhD topic was: "Direct Numerical Simulation of Transitional and Turbulent Flows", where he used his own developed high-accuracy 3D incompressible Navier-Stokes solver to investigate and characterize the dynamics of spatio-temporal wave-front and its role in causing flow transition. From 2014 to 2016 he was a Post-Doctoral researcher in the Ohio State University where he worked on the prediction and estimation of perfectly- and imperfectly-expanded jet noise. He has a Master's degree in Aerospace Engineering (Aerodynamics) from IIT Kharagpur (2007) and a Batchelor's degree in Mechanical Engineering from NIT Rourkela (2001).