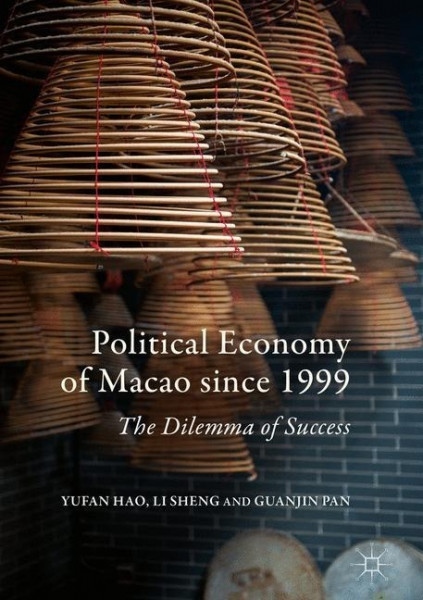 Political Economy of Macao since 1999

Political Economy of Macao since 1999
The Dilemma of Success

This book takes a comprehensive look at the governance and civil society of Macao, the shadowy mecca of gambling in Asia, and the reforms, changes, and social movements which are challenging that reputation today. Thanks to the rapid expansion of the local casino industry, Macao has experienced spectacular economic growth since it returned to Chinese rule in 1999. Following double-digit rates of economic growth between 2002 and 2013, Macao has become one of the wealthiest regions in Asia, with GDP per capita rising from USD$14,258 in 2001 to USD$89,333 in 2014. However, as the casino industry has overshadowed all other sectors of the local economy, it has not only made Macao's economy highly vulnerable and difficult to sustain, but has also aroused increasing social discontent. The authors lay out a comprehensive and well-argued discussion of the dilemma of the economic monoculture, and strategies by which to overcome it, in the process producing a book that will be of profound interest to scholars of greater China, students of political economy, and travelers to Macao. von Hao, Yufan und Pan, Guanjin und Sheng, Li

Yufan Hao is Chair Professor of Political Science and Dean of the Faculty of Social Sciences at the University of Macau, where he has led innovative research into the political economy of the island. Guangjin Pan, based at Beijing's Renmin University, is a scholar of Macau's civil society, governance, and social movements. Li Sheng is Associate Professor and Programme Coordinator of Master of Public Administration at the University of Macao. His research focuses mainly on Macao and international political economy.