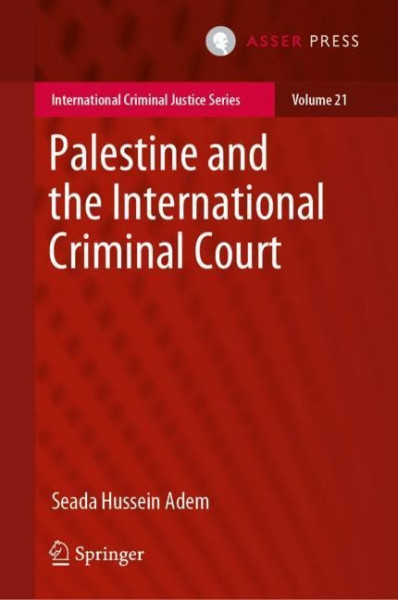 Palestine and the International Criminal Court

Palestine and the International Criminal Court

This book deals with the possible investigation and prosecution by the International Criminal Court (ICC) of crimes allegedly committed in the Israeli-Palestinian conflict. In light of the Rome Statute and the Practice of the Office of the Prosecutor of the Court, among others, it examines the route, possible outcomes, and challenges that may arise were the Palestine situation to be brought before the ICC. The subject matter is approached using the route the Prosecutor of the Court would generally employ to deal with situations. The publication offers a step-by-step procedure by which to conduct the preliminary examination and investigation of the situation in Palestine and deals with matters of jurisdiction, followed by a discussion of the fundamental concepts of complementarity and gravity to determine the admissibility before the ICC. Alleged crimes particularly unique to the Israeli-Palestinian conflict, such as the construction of settlements, forced displacement, house demolitions, the expropriation of land, the crime of apartheid and the blockade of Gaza, are dealt with in light of the Rome Statute and international law. On the basis of the established theories of transitional justice, the possible impacts of an ICC investigation and prosecution on the conflict are analysed and a number of insights are shared with regard to the impacts of the ICC on combatting impunity, fostering Palestine's statehood, peace negotiations and the stability of the region. Due to the politicisation of the conflict and the various interests at stake, the impact of the ICC's involvement on the credibility of the ICC itself is also reviewed. Recognizing the numerous impacts of the conflict on the existence of the two nations and the multitude of causes for its perpetuity, it does not limit itself to the ICC, but also provides other conflict resolution alternatives that could enable reconciliation and sustainable peace in the region. This book provides an array of opinions and a crucial input for researchers and practitioners alike, while it is also useful to those investigating and possibly involved in prosecutions regarding Palestine or other similar situations before the ICC. Seada Hussein Adem obtained a PhD from Humboldt University of Berlin, Germany, an LLM from the University of the Western Cape, South Africa, and an LLB from Haramaya University, Ethiopia. von Adem, Seada Hussein