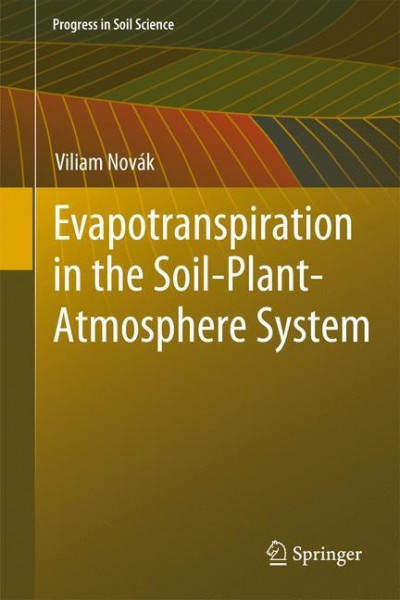 Evapotranspiration in the Soil-Plant-Atmosphere System

Evapotranspiration in the Soil-Plant-Atmosphere System

Evapotranspiration and its components (evaporation and transpiration) as a process is one of the basic terms of  Earth's water balance; its importance is accented by the fact that transpiration is the vital element of the biomass production process. The second important property of evapotranspiration is its extreme consumption of solar energy, thus controlling the temperature of the atmosphere and creating favourable conditions for life. Evapotranspiration as an energy consuming process is also the connection between the energy and mass cycles of the Earth. Evapotranspiration is a process performing in the Soil-Plant -Atmosphere System (SPAS); therefore this book is presenting and quantifying it as a catenary process, describing transport of water in the soil, including root extraction patterns and methods of its evaluation. Transport of water through the plant and from the canopy to the atmosphere is also described and quantified. A variety of evapotranspiration (and its components evaporation and transpiration) calculation methods are described, starting from empirical methods up to the most sophisticated ones based on the solution of the  transport equations of water and energy in the SPAS. The most important (and widely used) calculation method - modified  Penman-Monteith method is described in details, ready to be used with data in the book only. Water balance method of evapotranspiration  estimation as well as sap flow method description can be found in the book as well. The book can be used by hydrologists, biologists, meteorologists and other specialists as well as by ecology students.Key themes: soil hydrology - evapotranspiration -  hydropedology- plant physiology - water movement in soils - evaporation - transpirationDr. Viliam Novák is a water resources scientist at the Institute of Hydrology of the Slovak Academy of Sciences in Bratislava (Slovakia).    von Novák, Viliam

Viliam Novák graduated at the Faculty of Civil Engineering of the Slovak University of Technology in Bratislava, Slovakia (1964). He is a Water Resources specialist, with a PhD degree from the Institute of Hydrology, Slovak Academy of Sciences, Slovakia Department of Hydrodynamics of Porous Media (1973). Rising from Technical Assistant to Principal Scientific Officer in 1992, he was engaged in the study of transport processes in the Soil-Plant-Atmosphere System (SPAS), especially in evapotranspiration process and methods of calculation. Another field of interest is extraction of soil water by roots and mathematical modelling of the water transport in the Soil-Plant-Atmosphere System. Dr. Novák is now working at the Department of Soil Hydrology (part of the Institute of Hydrology), of  the Slovak Academy of Sciences in Bratislava (Slovak Republic).