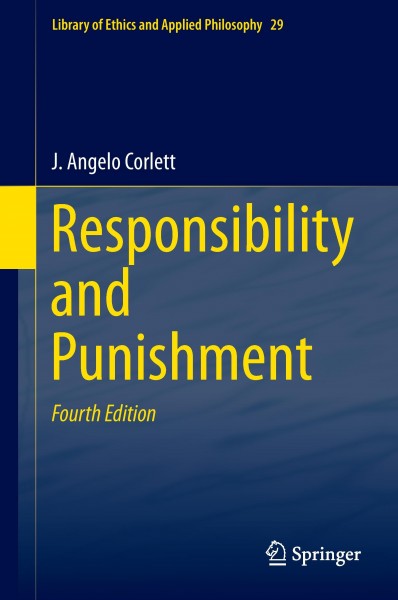 This volume provides discussions of both the concept of responsibility and of punishment, and of both individual and collective responsibility. It provides in-depth Socratic and Kantian bases for a new version of retributivism, and defends that version against the main criticisms that have been raised against retributivism in general. It includes chapters on criminal recidivism and capital punishment, as well as one on forgiveness, apology and punishment that is congruent with the basic precepts of the new retributivism defended therein. Finally, chapters on corporate responsibility and punishment are included, with a closing chapter on holding the U.S. accountable for its most recent invasion and occupation of Iraq. The book is well-focused but also presents the widest ranging set of topics of any book of its kind as it demonstrates how the concepts of responsibility and punishment apply to some of the most important problems of our time. ¿This is one of the best books on punishment, and the Fourth Edition continues its tradition of excellence.  The book connects punishment importantly to moral responsibility and desert, and it is comprehensive in its scope, both addressing abstract, theoretical issues and applied issues as well.  The topics treated include collective responsibility, apology, forgiveness, capital punishment, and war crimes.  Highly recommended.¿¿John Martin Fischer, Distinguished Professor of Philosophy, University of California, Riverside. von Corlett, J. Angelo