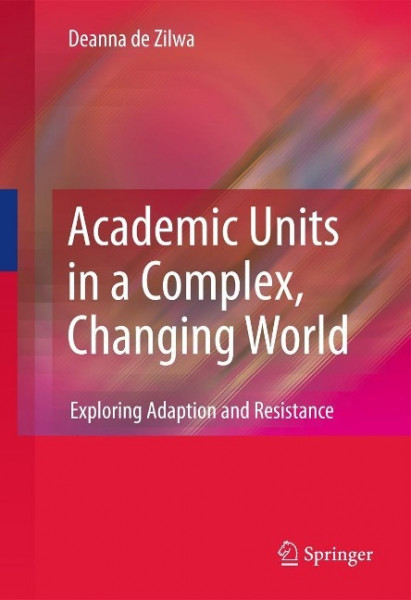 Academic Units in a Complex, Changing World
Adaptation and Resistance

As clocks struck midnight on the 31st December 2009 announcing the dawn of a new decade, amidst the jubilation of a new beginning we paused momentarily to re?ect on the decade that had just past. It was a dif?cult era for many people and organisations. Many were affected by war, terrorism, famine, ?re and tsunamis. First-world citizens enjoyed opportunities to relax in a technologically driven n- vana. People on streets, trains and planes from London, Tokyo to New York sported the white ear buds of iPhones as de rigueur adornments. The pace and intensity of our lives now seems to run at warp speed, we rush from appointment to appoi- ment swigging vitamin-enhanced mineral water obsessing about ?uctuations in our body mass index and the Dow Jones index in equal measure. Yet as individuals we can choose to accept or reject some of these changes. Those with suf?cient ma- rial resources can cocoon themselves in high-security fortress homes or relocate to safer, more tranquil environs, or even redesign themselves with the aid of Botox and a skilled plastic surgeon. Yet some organisations do not have the luxury of volition, they cannot choose whether to accept or reject the affects of environmental changes. A type of organisation that has found itself situated in environments that are increasingly complex and turbulent are academic units (departments, schools and faculties) in many publicly funded universities around the globe. von Zilwa, Deanna de