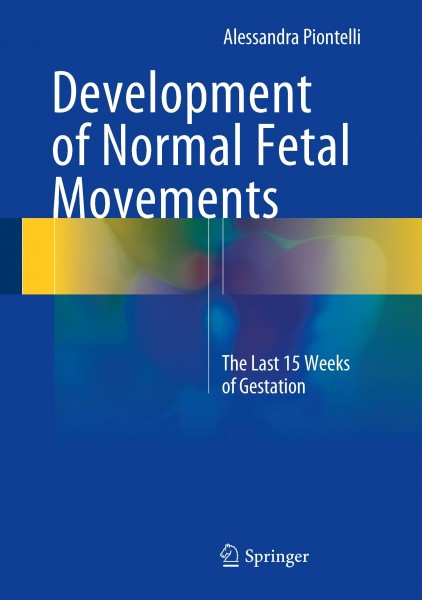 Development of Normal Fetal Movements
The Last 15 Weeks of Gestation

In the later stages of gestation, fetal functions undergo increasing change and development, preparing the fetus for the transition to its postnatal environment. Rapid maturation is witnessed in breathing, swallowing, sensory functions, sleep, and many other processes, with corresponding behavioral changes. By 35 to 40 weeks of gestation, fetuses are capable of living ex utero without support, but it is increasingly appreciated that even infants born at between 35 and 36 weeks can suffer long-term consequences. This book, which complements the author's previous volume on development of normal fetal movements during the first 25 weeks of gestation, discusses in detail the full range of behavioral phenomena observed during the final 15 weeks of gestation, with careful analysis of their mutual relationships. A key feature is the outstanding photographic material, difficult to obtain at this late stage, and the instructive graphs that  are also included. The information provided will alert clinicians to deviations from the norm and to physiologic phenomena that can turn pathologic in infants born prematurely.¿ von Piontelli, Alessandra