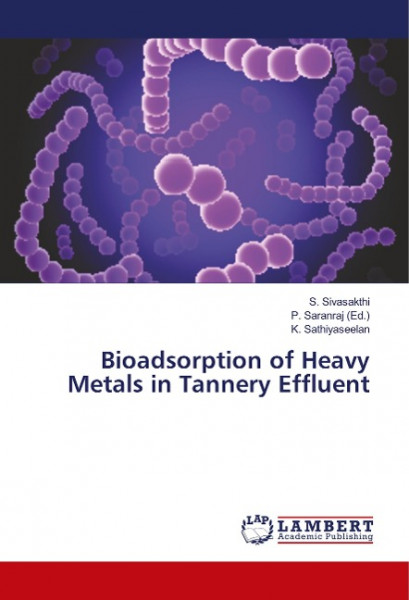 The Tannery industry releases waste water is a serious consequence from the pollution point of view for streams, freshwater and land used for agriculture. The lack of awareness in the modern industrial practice has resulted in the discharge of tannery effluents which exhibit very high value for chromium, sulphide, and chloride, Total Dissolved Solids (TDS), Total Suspended Solids (TSS), Biological Oxygen Demand (BOD) and Chemical Oxygen Demand (COD) in the water stream or land. In the course of the last two decades a wide variety of technologies had been developed for cleanup operations of contaminated sites. Bioremediation has evolved as the most promising one because of its economical safety and environmental features, since organic contaminants become actually transferred and some of them are fully mineralized. Bioremediation of tannery effluents is an attractive environment friendly, safe and cost effective alternative technology to conventional methods. Microbes in the environment play an important role in cycling and destroying them through biodegradation. von Sivasakthi, S.

Mrs. S. Sivasakthi is a Research Scholar in Department of Microbiology, Shanmuga Industries Arts and Science College, Tiruvannamalai, Tamil Nadu, India. She completed her M.Sc degree in Annamalai University and she is an expert in Agricultural & Environmental Microbiology. She has published more than 25 papers in International Journals and 2 Books.