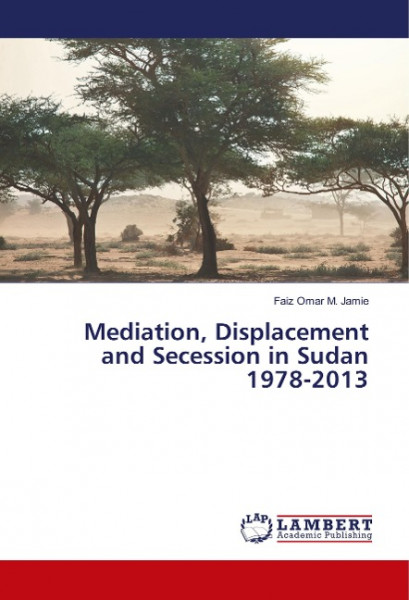 Mediation, Displacement and Secession in Sudan 1978-2013

Mediation, Displacement and Secession in Sudan 1978-2013

The book comprises three parts dealing with different episodes in the political history of Sudan,starting with roles played in the Organization of Africa Unity (O.A.U.) established 1963,only 7 years after independence of the country. The newly established Organization faced various problems pertaining, to the disputes over international boundaries between and among post- independence African states. Sudan assumed chairmanship of the Organization in the 1978,amid tense complications of conflicts arising between neighboring states. By virtue of this very position Sudan has to play effective mediating roles among the conflicting parties by then; Ethiopia and Eritrea, the Chadian government and the armed opposition factions, the Western Sahara issue and Morocco. The book analyses these roles in the light of the success of Sudan to end one of the longest civil wars in Africa by concluding 1972 Addis Ababa Accord. Part two of the book probes into the resulting consequences of displacement of citizens of Southern that happened during that war. Part three of the book casts light on the various dimensions of the 2013 -conflict that broke out in South Sudan shortly after secession. von Jamie, Faiz Omar M.

Dr. Faiz Omar Mohammad Jamie holds Ph.D. in political science from University of Juba in Sudan long before secession of South Sudan. He is currently an associate professor of political science and Director of Centre for Peace and Development Studies at the University of Bahri in Khartoum. He is Chairholder of UNESCO Chair of Peace in Sudan.