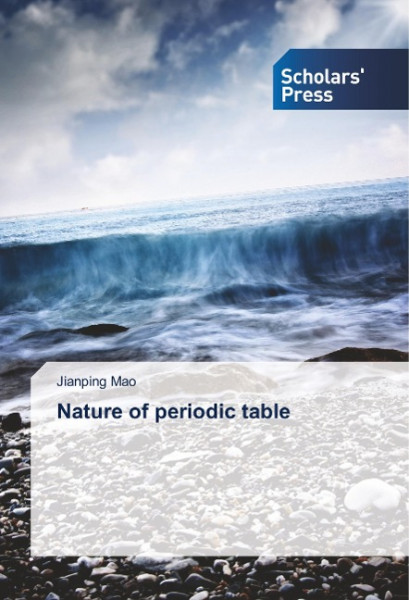 A shape of atomic number is dim or different in modern structural theories of atoms and atomic nuclei. Here reports a crystal proton (nucleon) distribution promisingly able to clarify it and give rise to an origin of the periodic table, showing more easily understood than previous. Meanwhile, molecular and nuclear images could be simplified, such as bent of water molecule, tetrahedral of diamond, the number of neutrons exceeding proton in a nucleus, alpha cluster decay, and clear-cut mass difference of two fragments in an asymmetric fission. A potential significance of this work is it will recall a debate between Einstein and Bohr on that atomic structure is certain or uncertain, known as does God play dice? Einstein may be proper, it seems, God does not play dice. This is due to now emerging a new possibility that a certain nuclear structure appears directly to dominate a certain molecular structure, in between the both, an atomic structure perhaps can't exclude to be, however, not uncertain. von Mao, Jianping

Was born in 9/9/1959, he is somewhat like M. Faraday in studying manner and received little formal education. In 1987 the author joined an experimental test team of gravitational constant.