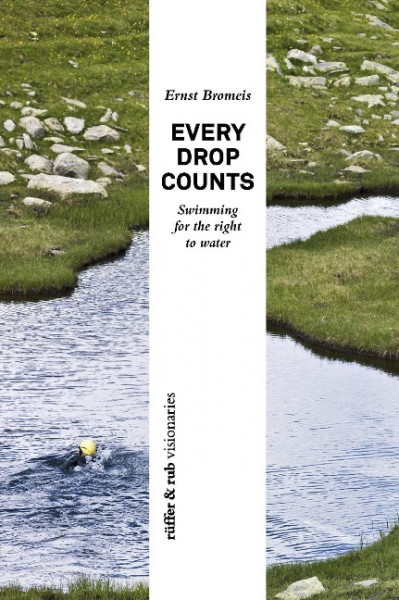 Every Drop Counts
Swimming for the Right to Water

Water is the foundation of life - for human beings, for animals, for nature in general. Notwithstanding this, access to water is endangered. And this holds true around the world. Causes are pollution, global warming and wasteful use. The result: millions of people are forced each year to flee their homes and become "climate refugees". While this is going on, global corporations are responding to the growing scarcity and hence value of water by purchasing rights to it.Ernst Bromeis' objective is to make human beings aware of clean water's being finite in quantity. He finds it intolerable that some 880 million people do not have clean water to drink. To change this, Bromeis - who is often called an "ambassador for water" - undertakes spectacular deeds. In 2008, he swam across 200 lakes in Switzerland's canton of Graubünden. In 2014, he swam the entire length of the Rhine - the some 1200 kilometers it traverses between Lago di Dento and its mouth in the North Sea.Ernst Bromeis' activities and book are intended to encourage humanity to take the steps needed to protect water and to dedicate itself to alleviating the problems facing our society and environment. von Bromeis, Ernst

Ernst Bromeis was born in 1968 in Ardez, a town in Switzerland's Lower Engadine region. After completing a degree in education, he taught at an elementary school in Zuoz. Ernst followed that up by studying athletics at the University of Basel. He then specialized in the training high-performance athletes at Swiss Olympic. Ernst next worked as a communications specialist and as a manager of athletic and other events for the resort of Lenzerheide. A further position was as a journalist at SRG/Radio Rumantsch.At the end of 2007, Ernst Bromeis founded "Das Blaue Wunder", and made this "blue miracle" his life's calling. This entails his going on marathon swimming expeditions, and his serving as an "ambassador for water". These endeavors form the subjects of the talks that he gives in schools and universities and at companies. Ernst also helped launch the UN's Water Weeks in Scuol, Switzerland. His dedication to saving our water encompasses its role in tourism and his working with "Solidarit'eau Suisse", a water solidarity project of Switzerland's DEZA agency for international development.Ernst Bromeis is married to Cornelia Camichel-Bromeis, a theologian. They have three children. The family lives in Davos Platz, Switzerland.