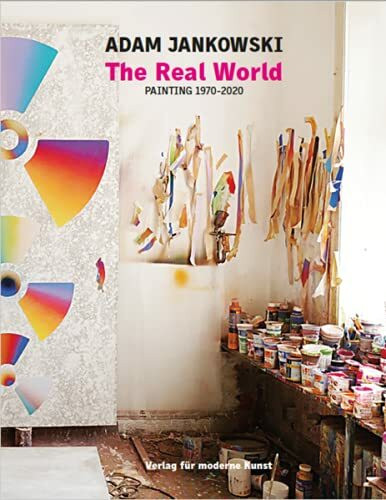 "Painting in the age of jet planes, atomic bombs and manned space travel ... must look different than before: everything is radiation ... and a brush with a jet propulsion from the compressor." (Adam Jankowski, 1972) The Austrian painter Adam Jankowski, who works in Hamburg and Berlin, in his visual research examines the concept of a realism that unites abstraction and realism in his visual language, since for him it is "about the big context and not about the big delusion". The catalog book "The Real World" designed by the artist presents the current phase of the painter's work, that is, his series of images "Windows to Eternity" and "Radiation d'Orphée", and confronts them with central works from his early painterly period, which-after the Hiroshima tragedy- were shaped by the theme of the destructive atomic radiation. von Jankowski, Adam und Koepsel, Kornelia