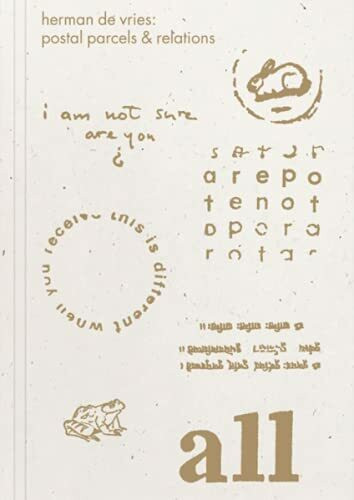 "postal parcels" is a collection of medicinal plants and artefacts, which were collected by Dutch artist herman de vries while travelling through Morocco and Europe in 1983. About 18 parcels and numerous letters and postcards reached gallery Mueller-Roth Stuttgart, with exciting content: a parcel of smells, dead animals and medicinal plants, together with notes by the artist about their use and meaning. This was the starting point for herman de vries' artistic practice of cultural comparison. Until today the project "postal parcels" has never been presented to the public. This will now be made up for with an exhibition at gallery Mueller-Roth in 2021 and with this publication. The result is an open sketchbook, as herman de vries himself calls it, which at the same time presents the project and also honours the close relationship between artist and gallery. von Vries, Herman de und Müller-Roth, Christine und Zielonka, Marie-Luise