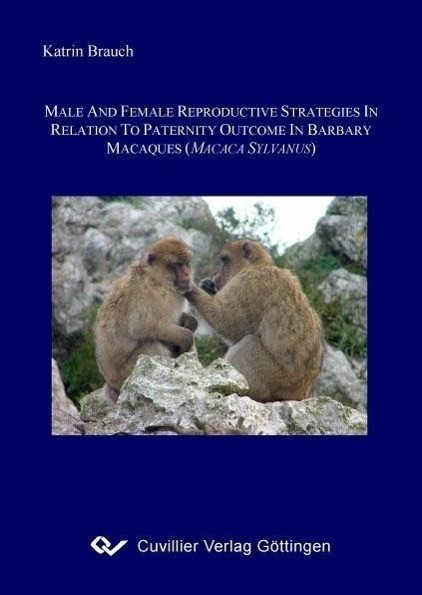 From an evolutionary point of view, differential reproduction is the most important aspect of life, because it is the central focus of natural selection. An animal's reproductive strategy determines its contribution to the species' gene pool, and is hence an important variable on which natural selection operates. The theory of sexual selection predicts that competition for mates between individuals of the same sex (typically males), and mate choice (typically by females) drives the evolution of certain traits (e.g. large body size and canine size, bright colors, ornaments, horns, sex skin swellings). The reason why sexual selection might be biased towards inter-male competition and female choice was later explained in terms of an asymmetry in parental investment. Males produce a large number of sperm cells and thus can potentially have a high number of offspring, in which they usually invest little. Since male reproductive success is limited by the number of successfully fertilized females, males should compete for access to as many fertile females as possible to maximize their reproductive success. Females, on the other hand, produce only few egg cells and are more limited in their number of offspring than males, while often investing far more energy in begetting and raising their young than do males. Therefore females should carefully select their mates and actively solicit those males who meet their needs in order to enhance the fitness of their offspring and thereby their own reproductive success. Given the different strategies that males and females follow to maximize their reproductive success, it is obvious that there is a conflict between the sexes over reproduction. In most species, however, the role of male and female strategies and the interplay between these roles in determining an individual's reproductive success is poorly understood. Among primates, sexual selection has for a long time been envisioned as operating principally among males and primate mating systems have thus usually been described as being male dominated or controlled. In species living in multimale-multifemale groups, both sexes are likely to affect paternity outcome, but the different selective forces operating on male and female reproductive processes can be expected to lead to opposing strategies (see above). Male dominance, and thereby the ability to monopolize access to fertile females, seems to be one of the main factors influencing a male's lifetime reproductive success in many primate species. However, nowadays there is increasing evidence that other factors (e.g. alternative mating strategies, post-copulatory mechanisms) are also involved, and that female primates are not only passive recipients of "male choice¿, but do show preferences for certain males as mating partners and might thus play an important role in paternity determination. However, information on the relative importance of male and female reproductive strategies upon paternity outcome in primates is still limited. To study the mechanisms leading to paternity and to examine the relative importance of male and females in determining male reproductive success, the Barbary macaque is a particularly interesting species due to the following characteristics: i) highly seasonal breeding with a potentially high degree of overlap between fertile phases providing females with more freedom to escape male monopolization attempts, ii) an almost equal adult sex ratio, with the consequence that many males compete with each other for access to fertile females, iii) an apparently low degree of male-male aggression and a less strict dominance hierarchy, iv) extended consortships do not occur, suggesting that males have little opportunity to monopolize access to fertile females, v) a highly promiscuous mating system, with females often being observed to actively solicit males and to mate with multiple males in rapid succession. All these characteristics suggest that male contest competition over females is low and that therefore in Barbary macaques the females might have a relatively high influence on paternity outcome, different to the situation seen in many other macaque species. Studies on reproductive success in this species so far have led to contradicting results. In contrast to a study on a semi-free ranging population in which a clear relation between rank and reproductive success was found, a recent study on the Gibraltar population showed no clear relationship between rank and paternity. Furthermore, no study has yet investigated the proximate mechanisms underlying paternity outcome in this species, irrespective of whether paternity is related to male rank or not. Hence, it remains unclear to what extent the reproductive strategies of males and females interact and what the relative contributions of these strategies are for determining paternity outcome in the Barbary macaque. The overall aim of this thesis was therefore to examine the relative importance of male and female reproductive strategies in determining paternity outcome in a free-ranging group of Barbary macaques in Gibraltar in order to contribute to a better understanding of the proximate mechanisms regulating reproductive success in multimale-multifemale primate groups. The study combined detailed behavioral observations on sexual activity with non-invasive methodologies for the assessment of female reproductive status and determination of paternity based on fecal analysis. In an initial step (chapter 2) information on the distribution of mating activity throughout the ovarian cycle, particularly in relation to the timing of ovulation was examined. For this, a combination of behavioral observation and endocrinological data from 13 free-ranging. von Brauch, Katrin