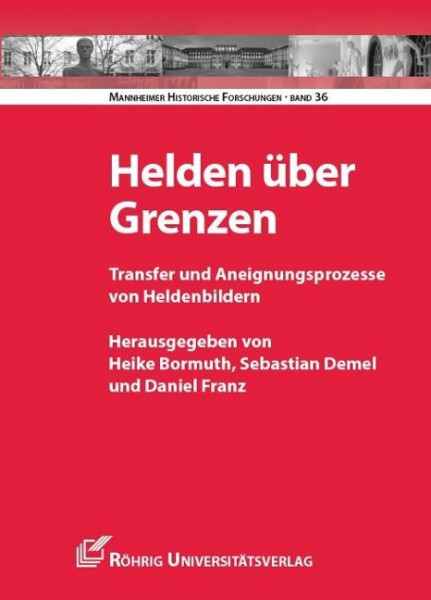 What are heroes? How are they commemorated? And how can heroes be conveyed across cultural, historical, geographical, or political borders? These are the questions the collective volume is asking, by analyzing the genesis of hero models and their impartation over different types of boundaries. The articles orientate themselves towards a common thesis on the development of these processes that still leaves room for the individual forms of the heroes' conveyance. The volume sets out three conceptions of hero mediation: While the Italian national hero Giuseppe Garibaldi crossed physical boarders multiple times as a travelling guerilla fighter and thereby prompted his own reception over boundaries, the idea of Johannes Gutenberg as the model for an inventor hero for example, was only created after his death and diachronically. Astronauts in the 20th century on the other hand equally crossed boarders with their own body as heroes in the laboratory, leading to the synchronic conceptualization of their myth on both sides of the Iron Curtain. The volume questions the suggested clarity of hero phenomena in the common language usage and searches for similar patterns within the adaptation processes of the hero, who is separated from his historical origin.